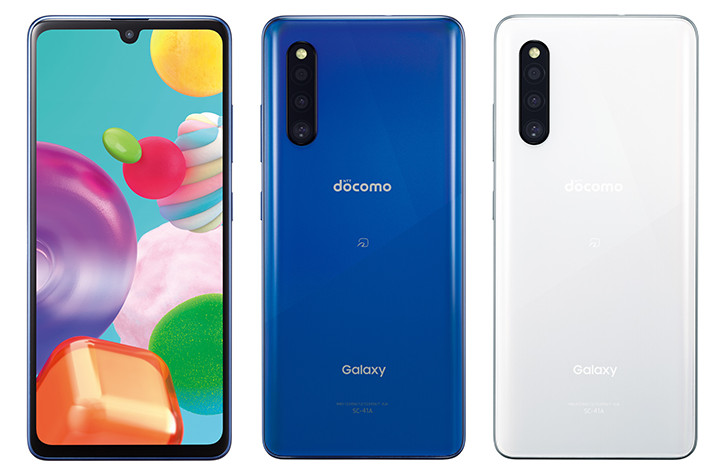 Samsung has silently announced Galaxy A41, the company’s latest smartphone in the A series in Japan for NTT Docomo. It packs a 6.1-inch Full HD+ Super AMOLED Infinity screen with in-display fingerprint sensor, is powered by an Octa-Core processor which could be MediaTek Helio P65 SoC, has 4GB RAM, runs Android 10 with OneUI 2.0, features a 48-megapixel rear camera along with an 8-megapixel ultra wide-angle lens, 5-megapixel depth sensor and a 25-megapixel front camera.

It has a 3D Glasstic back, similar to the A40, but it has a 3500mAh battery with 15W fast charging and is also waterproof and dustproof with IP68 ratings.

The Samsung Galaxy A40 comes in Black, White and Blue colors and will be available in June 2020 in Japan through NTT Docomo.