Samsung develops various technologies every year, and some of them eventually appear in real-life products. The company has been working on various AR (augmented reality) and VR (virtual reality) technologies over the past few years and has filed several patents. A new patent filed by the company was published recently, showing a neat AR feature that could improve the whole turn-by-turn navigation experience while driving.

The patent describes AR glasses that could overlay turn-by-turn navigation information and signs directly in front of a driver’s eyes. While some cars and heads-up displays already have capabilities to show navigation information on the windshield, AR glasses could feel more immersive and closer to reality. The system could include an outward-facing camera to read the road and an inward-facing camera to analyze the driver.

For this system to work, Samsung’s AR glasses need to work in sync with a maps app on a smartphone (or a navigation unit inside the car), GPS, multiple cameras, and sensors. Samsung already makes various smart car-related technologies and components such as camera sensors, infotainment units, processors, and it has plans to do more in the future. 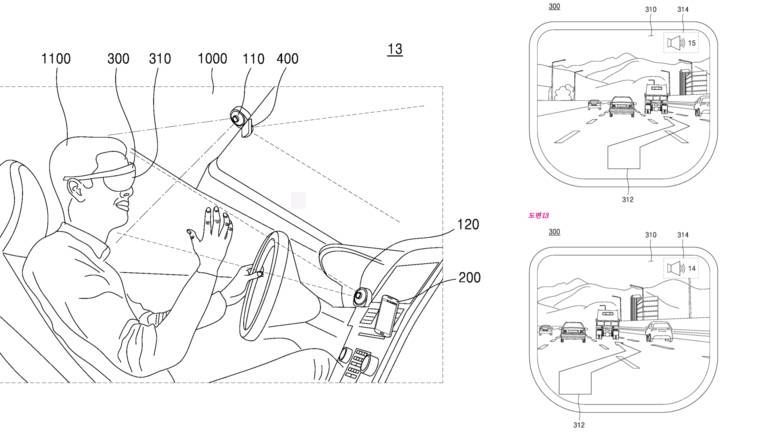