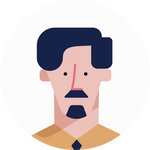 Tech Talk
iOS shortcuts app is too powerful,
Like we can literally do anything.
Anything is possible with it.
I would say, Apple have more customisation than android with this single app...
We can make a mini iOS app in iPhone according to our requirement.
Both Samsung and Android made alternatives, but it's nothing compared to iOS shortcuts
Samsung > bixby routines
Android > action blocks
I will give some small examples with ios shortcuts.
Ex: I can make an app, that can ask me a input and processes it and display an output.
EX2: I have 5 set of Instagram hashtags,
So I made 5 buttons ..
So when I click a button named A , specific set of hashtags will get copied to my clipboard..
So with a single click on home screen, a specific set of hashtags get copied to my clipboard
Ex3: when I share a link to shortcut which I created, all the pictures in the website will automatically download and save to gallery.
Also iOS shortcuts allow, scripting..
Which anyone can do without any prior knowledge.
Some people made a shortcut to download a YouTube video and save it to iOS photos app with a single share!!!!!
So possibilities is limitless.
We can automate anything...
We can make a mini app.
[Best thing, we can add this shortcuts as an app in home screen]
Samsung, Kindly make a more powerful app than iOS shortcuts as soon as possible!!!!!
(Kindly repost, like, comment until Samsung see this)
5 Likes
Share
Comment
1 Comment