Tech Talk
The Galaxy S10 Lite got the Android 11 One UI 3.0 update a few weeks before the flagship Galaxy S10 lineup, and if that wasn’t enough, the ‘Lite’ S10’s second Android 11-based update is also arriving before its costlier siblings. Samsung has released a new firmware for the Galaxy S10 Lite that bundles the January 2021 security patch and, well, nothing else. No bug fixes or general improvements are part of the package, so nothing will change other than your phone becoming more secure against old and new threats alike. This has been par for the course for all Galaxy phones that have been updated to Android 11 and received a consequent security update, we’re guessing Samsung is saving all improvements and bug fixes for these devices for after the Galaxy S21’s global launch. The new Galaxy S10 Lite update with the January security patch is rolling out in around a dozen markets for the international model at the moment and will likely expand globally in the coming days. It is accompanied by firmware version G770FXXS3DTL2 and can be downloaded over the air from the phone’s Settings » Software update menu using the Download and install option. Our firmware archive also has the latest firmware available for those who know what they’re doing and would like to manually upgrade using a Windows PC. 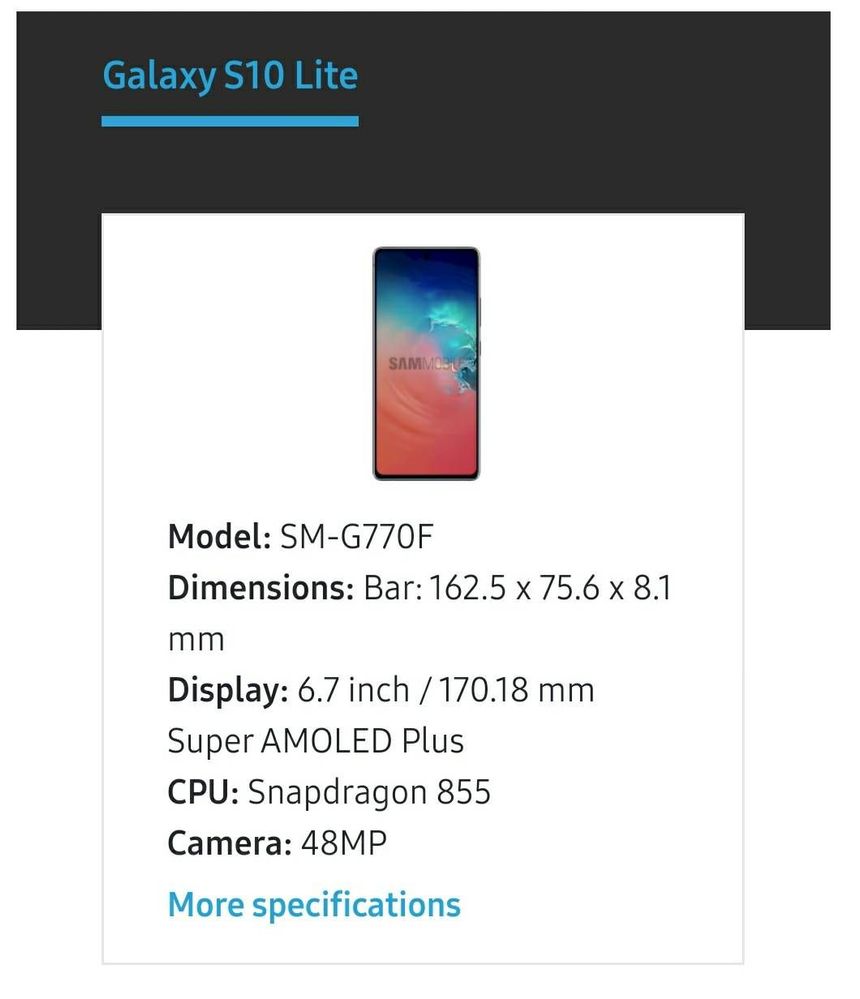 Tech Talk
but i didn't receive yet!
0 Likes
Share
Reply

Tech Talk
it will be available soon
0 Likes
Share
Reply

S10 jan update was roll out before the S10 lite, according to sammobile