Harsh0611
★
Hey Members,
Eyes are a perfect Camera In A Human Body Which Captures High Quality Pictures Every Second. As We Know That Camera Is The Eye Of A Smartphone Which Captures Anything We Want Lets Have a Talk On Eyes Of M40.
To click the perfect picture, it is important that your smartphone has a really smart camera, right? The lens type, the megapixels, the number of lenses, and the aperture- all matter a lot to a person who always wants the best shot. The newest edition of the Samsung Galaxy M series - Galaxy M40 offers a host of features that will make you go OMG. It’s a total steal deal for its category.
Here’s an overview of Galaxy M40’s camera - 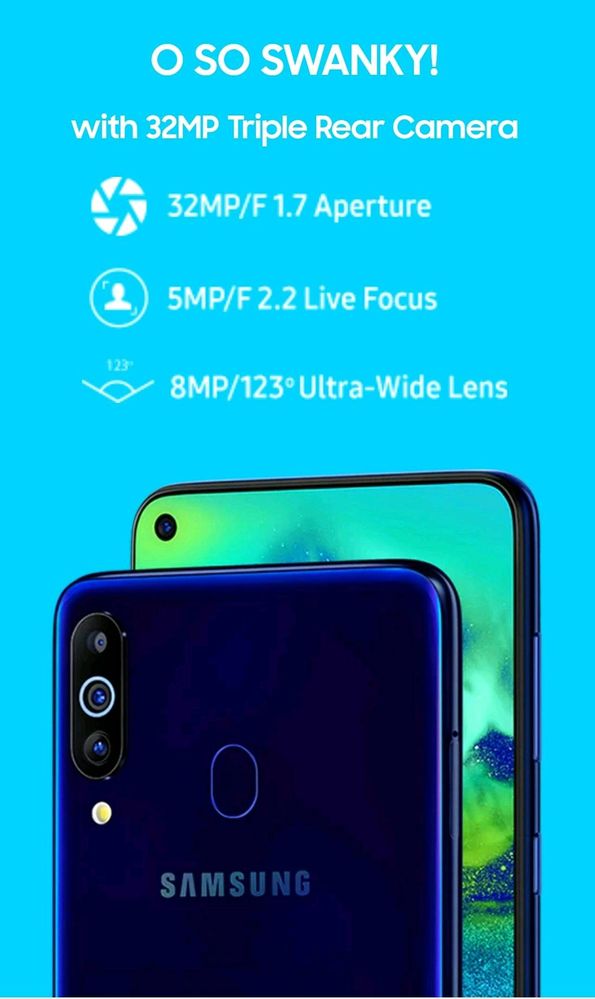 32MP with F/1.7  aperture enables you to take the best shots even in low lights.
8MP Ultra-Wide lens with F/2.2 aperture lets you capture a wider world around you.
5MP Depth Sensor (Live focus Lens) with F/2.2 aperture Lets You Capture Amazing Live focus Shots.
Also, 16MP Next Level Selfie Camera With An Aperture of F/2.0 Which Will Take Clear And Crisps Shots In Every Lighting Condition. 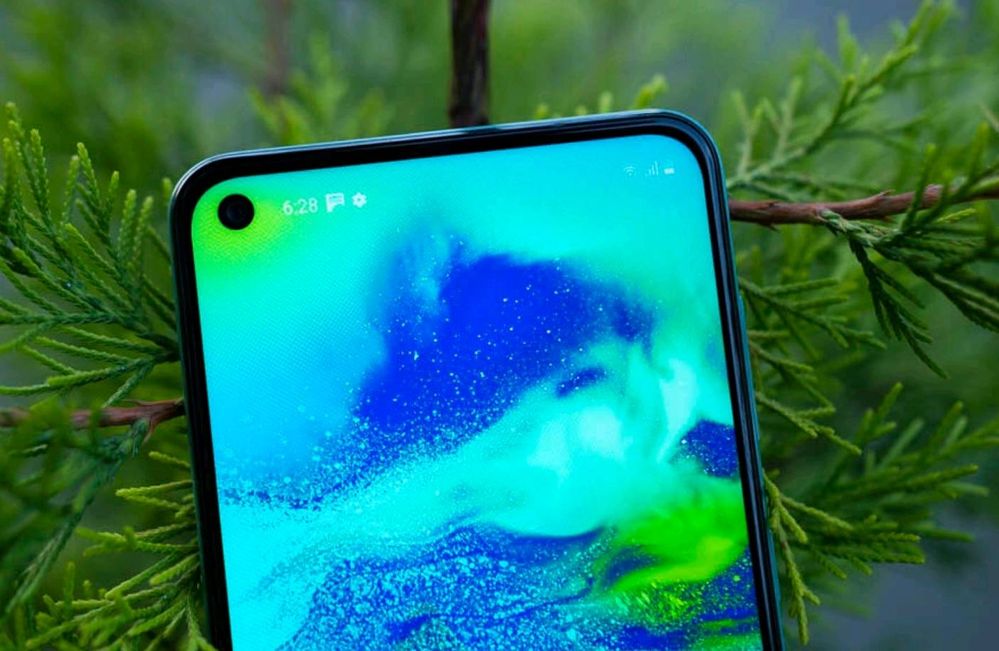 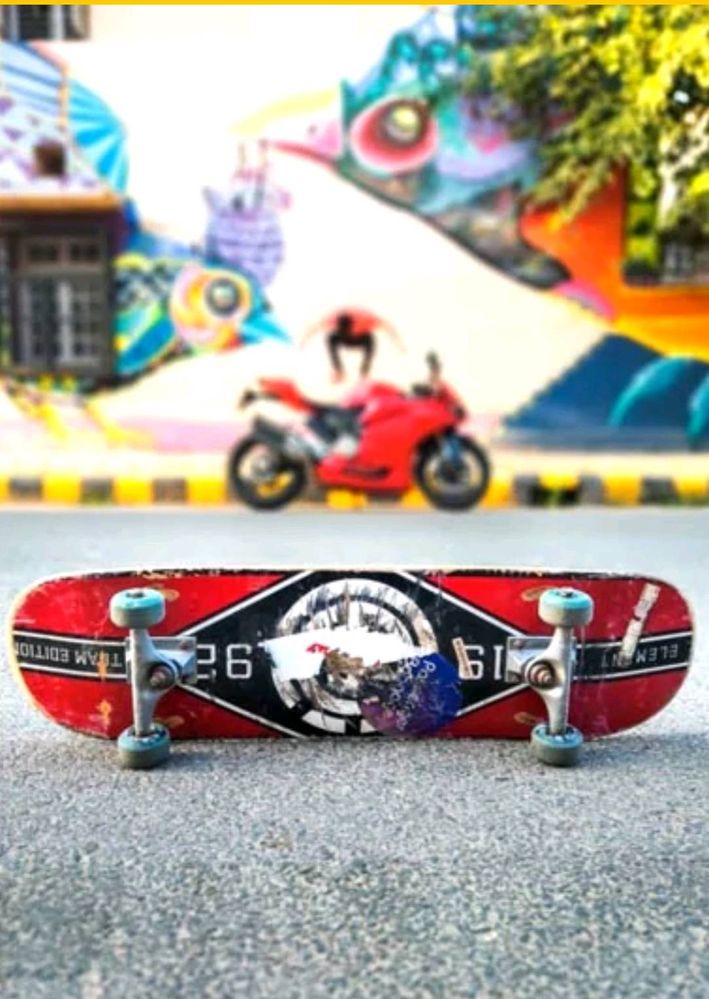 And,
The All New AI Camera Which enhance The Picture Quality Using Scene optimizer which adjusts the lighting and colors according to the scene conditions. 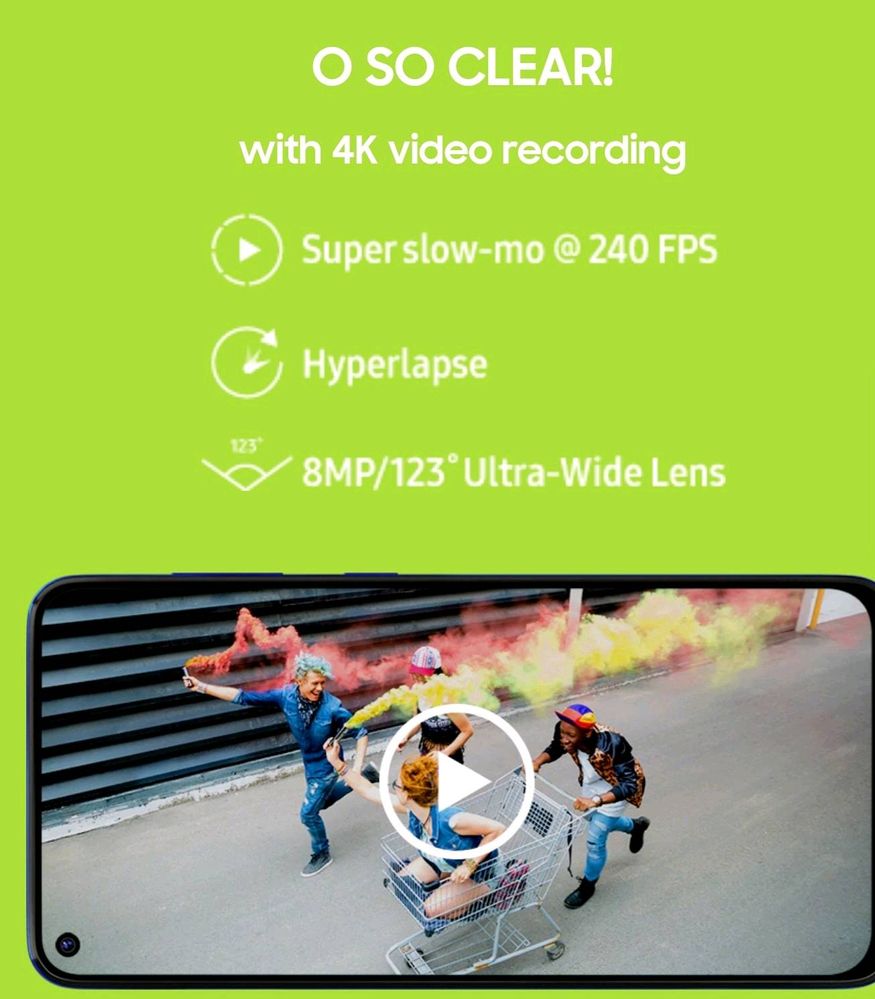 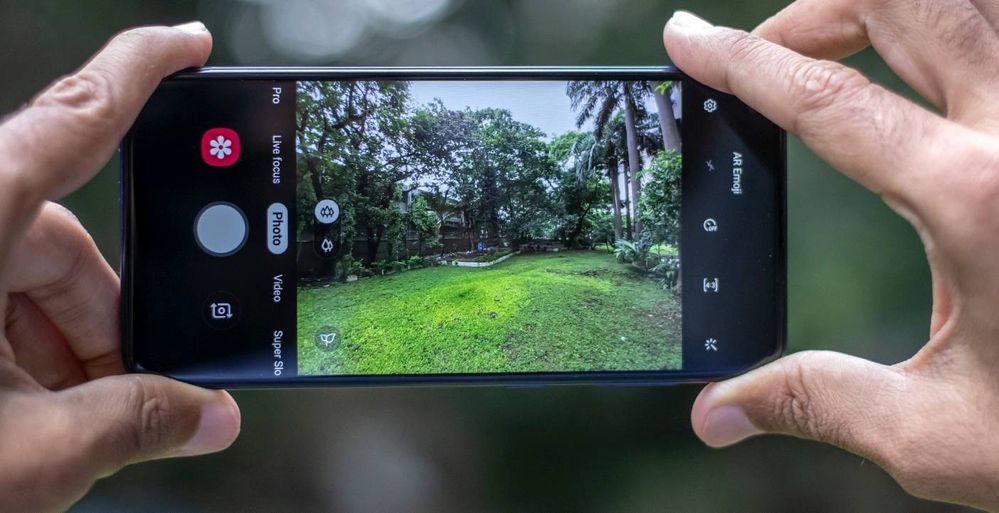 With its 32MP rear camera, you can take pictures with great clarity. The F/1.7 aperture provides well-lit shots even in low light conditions. 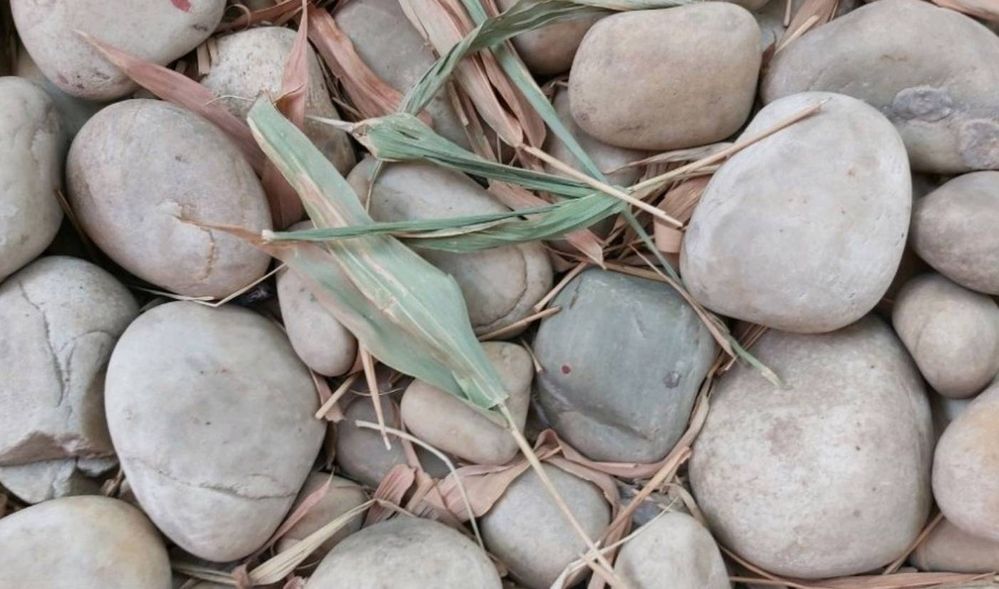 Its 8MP UltraWide camera lens, which is the best in its price segment, lets you capture better panoramic pictures. 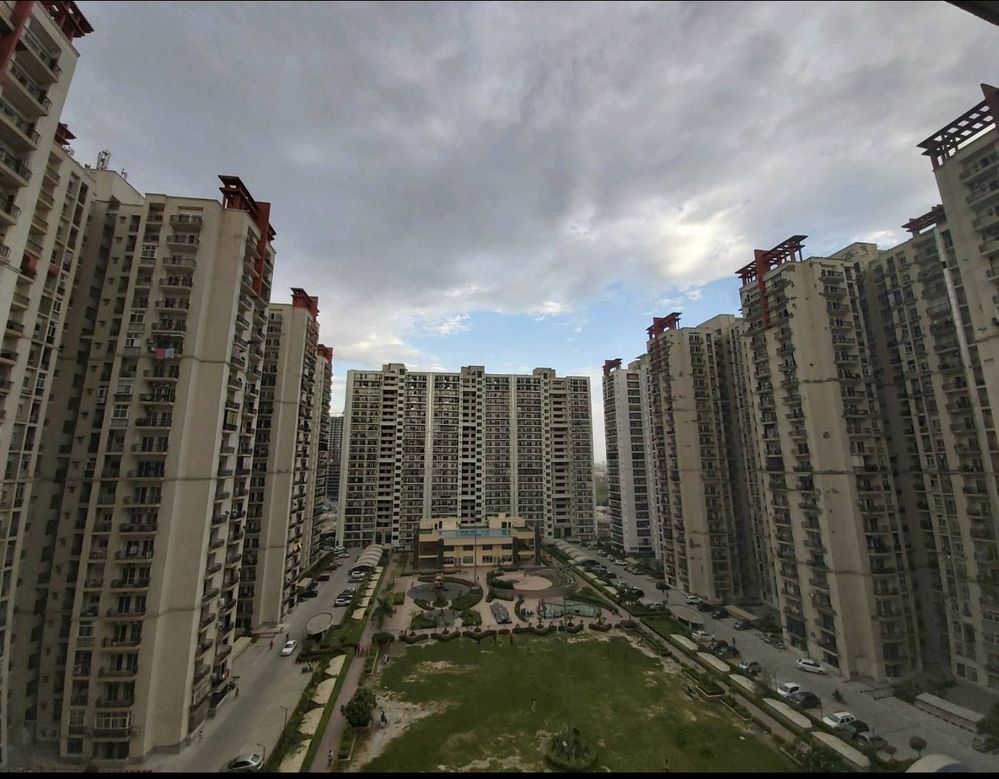 It also has a 5MP depth sensor camera which makes the blur level in the background vary as per the depth, giving a total DSLR feel to your portraits. The live focus feature takes next-level portrait shots and enables you to adjust the blur effect through 7 different levels of intensity . 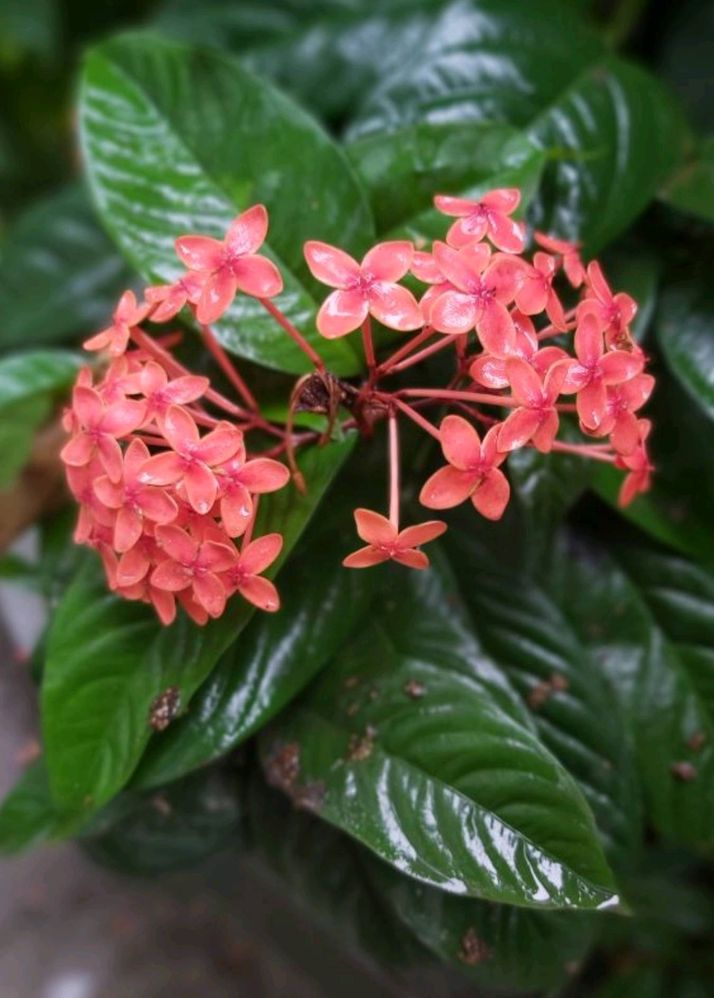 Apart from portrait backdrop and portrait dolly, the Galaxy M40 is loaded with new type of bokeh effects like spin bokeh, zoom bokeh, color point, which have been introduced for the first time in the M - series, and all these features are well supported by the selfie camera as well.
The camera sports AI technology in the form of scene optimizer, which adjusts the lighting and colors according to the scene conditions and makes the colors pop out even more naturally. Because of the AI technology and other features, the pictures clicked with M40 carry a more natural appeal and the colors reproduce well in every shot you take. 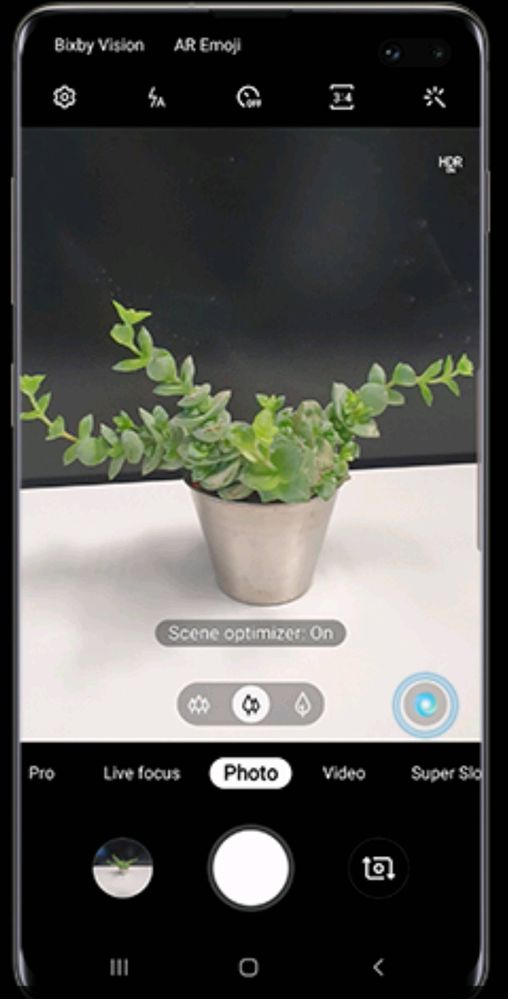 And It's 16MP Selfie Camera Which Comes With A Aperture of F/2.0 Enhances The Picture Quality with The Help Of Some Amazing Features Like Live Focus And Also Comes With All New Bokeh Effects Even On Selfie Camera also Along With a Punch Hole Design. 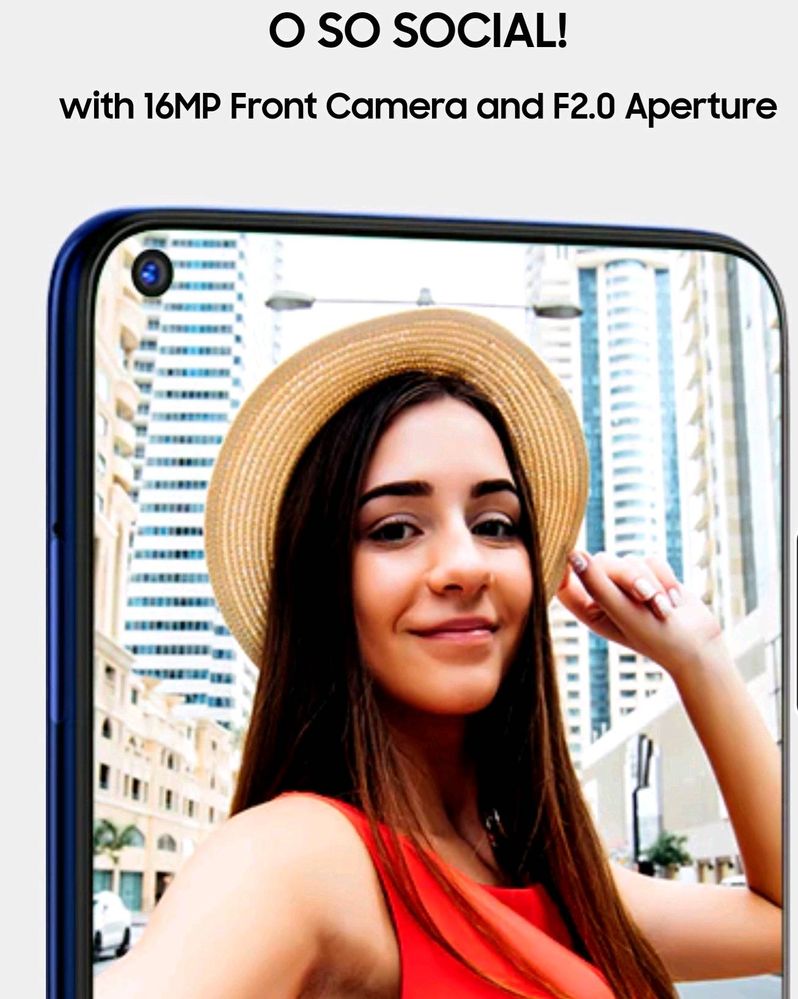 All the above-mentioned specs make Galaxy M40 a perfect smartphone camera. Let me know in the comments section what you think about Galaxy M40.
Thanks!
56 Likes
Share
Comment 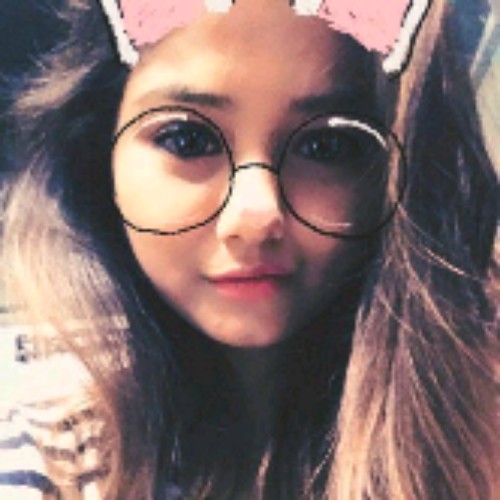 kevinpatel2996
Expert Level 5
Yes I Know. And Results are On Or Before 30th Sep 2019.
But I Need Some Comments and Likes To Win That's why.
2 Likes
Share
Reply
Reply
Loading...
Highlighted

Hole in disply is wow  factor