The Galaxy A50 is on the list of Samsung devices that will get Android 10. So sooner or later, this device will be updated to the latest iteration of Google’s mobile OS coupled with One UI 2.0. We reported a month ago that Samsung had started Android 10 development for the Galaxy A50.

The Galaxy A50 has now received its Wi-Fi certification with Android 10 on board. This is a solid indication that the development work on this firmware update has progressed nicely. It’s only a matter of time now before Samsung starts rolling out the update. 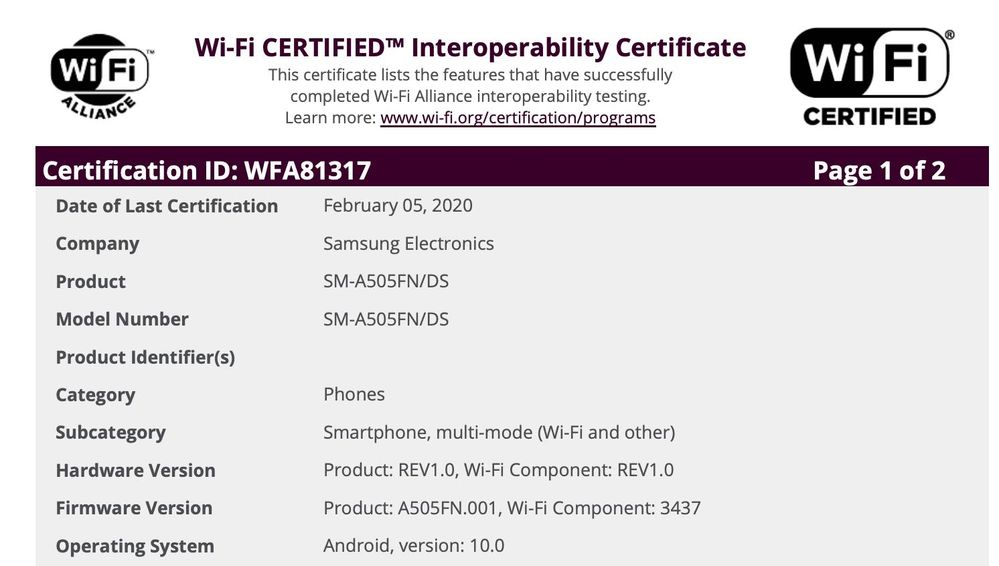