The Galaxy S20 Fan Edition has been leaking for a while now, but if there was ever any doubt regarding its planned Ocober launch, the sheer volume of information on the device that’s now emerging pretty much guarantees it will hit the store shelves much sooner than January. For added context, given how the Galaxy S20 FE is pretty much a direct sequel to the Galaxy S10 Lite, it stood to reason Samsung could end up launching it exactly a year following the debut of what’s arguably its last high-end smartphone that was met with pretty much universal acclaim from critics and consumers alike.

Well, if you needed another reason to get excited for what’s essentially a more value-focused Galaxy S20+ – how about half a dozen of them? Because that’s how many color variants known industry insider Evan Blass (@evleaks) leaked just moments ago, merely a day after a series of high-res CAD renders already revealed pretty much everything we were still wondering about the upcoming Android flagship. 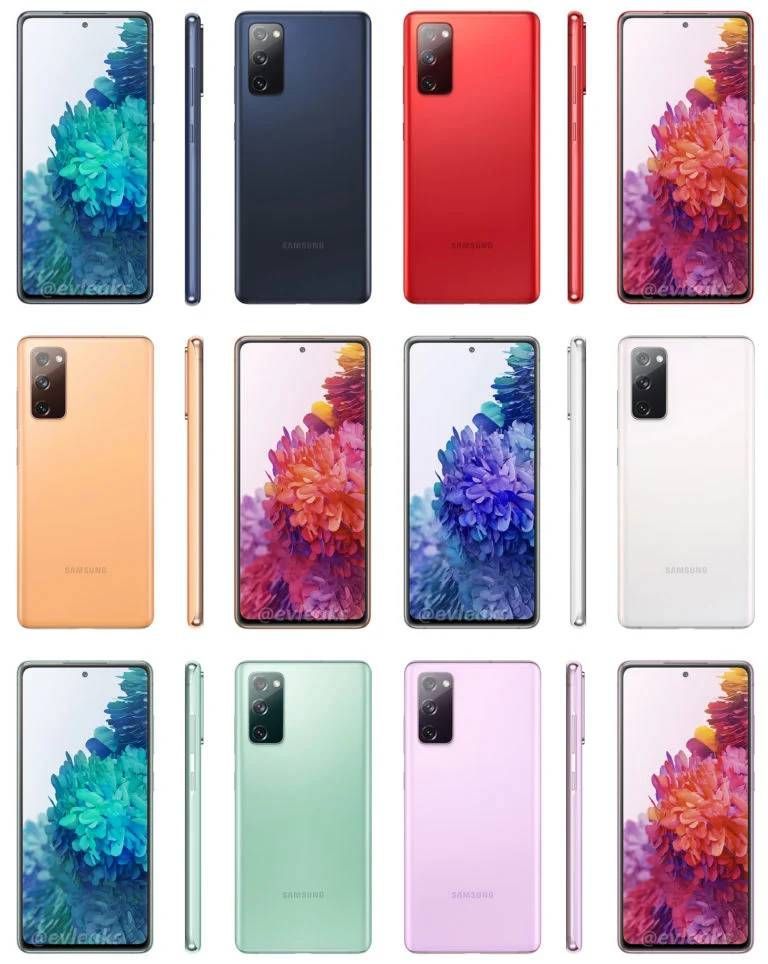