Gehad19
Beginner Level 3
I cannot find or download Samsung Pay on my Samsung A30. I cannot even use contactless payment on my bank app. Why is this? I do not have NFC on my phone which may explain the problem. However, why is this the case? Does this phone not support NFC?
3 Likes
Share
Comment 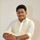 MittuVichu
Active Level 10
Hi dear,
Samsung pay need specific hardware to work. Samsung pay stores the data from a conventional debit or credit card and emulates the magnetic strip on the card during payment. A special hardware will mimic the magnetic tape so that we can use samsung pay to pay anywhere where a conventional card is supported.
Eventhough NFC alone is used for payment by Google pay, samsung pay doesn't support payment through NFC only devices.
Innorder to pay through NFC, the POS must also have a NFC reader rather than conventional credit card readers.
1 Like
Share
Reply
Reply
Loading...
Highlighted

Gehad19
Beginner Level 3
Thank you so much for your reply. How do I get this hardware?
0 Likes
Share
Reply
Reply
Loading...
Highlighted

MittuVichu
Active Level 10
Samsung Pay uses two technologies that allow it to work almost anywhere. The first is near-field communication (NFC) for tap-to-pay transactions at contactless terminals. The second is magnetic secure transmission (MST) for older terminals where you would normally swipe a card. The phone emits a magnetic signal to simulate the magnetic strip found on the back of a credit or debit card when you hold the phone against one of these readers.