After successfully launching the Galaxy Fold, Samsung is now focused on releasing the next-generation foldable devices and the Fold 2 isn't too far away. And at CES in Las Vegas, Samsung reportedly showcased a third phone in the series and one that has rollable display. 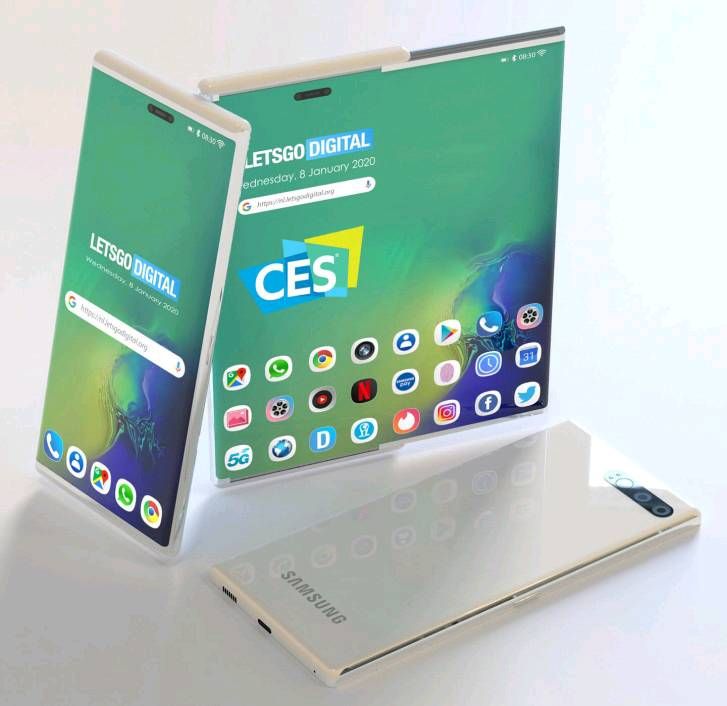 We've heard about this form factor before and some claim that LG has a rollable smartphone in the works for some time now. But Samsung appears to be almost ready with one. Unfortunately, only a few had the chance to see the actual phone so there aren't many details available. All we know is the display was covered with the same material used for the original Fold, meaning plastic.

Renders from LetsGoDigital imagine one such device with display that can be extended from 6" to 8", but they aren't based on any hard evidence so we wouldn't read too much into them.