Files by Google gets inspired by Samsung My Files, adds a trash option

The app has long been missing a crucial feature. It didn’t have a trash option. So anything you deleted would immediately be sent to the abyss. That will no longer be the case. Much like the Samsung My Files app, Files by Google now also has a trash option.

Samsung My Files has had this feature all along

Samsung makes many different apps for its Android devices even if those apps have an alternative from Google. This gives Samsung the ability to provide features and functionality that might be missing from the other apps.

Samsung My Files is the native file manager app on the company’s Galaxy devices. It has long had a trash folder. Any file, even if deleted accidentally, would chill out in the trash folder for 30 days. This gave you plenty of time to recover a file if need be.

Files by Google didn’t have this feature until now. A file deleted accidentally using that app would be gone for good. Google has now updated its file manager app to add a trash folder. The deleted files will remain in this folder for 30 days before they’re deleted forever.

The trash folder in Files by Google can be accessed through the side pullout menu. It’s a good feature that’s finally available to other Android smartphone owners. Galaxy device owners don’t really need the app since Samsung My Files already has them covered.

Promotions
you are forgetting the fact that the Google we use in Pakistan is limited liability not incorporated, we'll always miss out some features.
0 Likes
Share
Reply 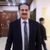