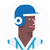 Hello everyone! Not everyone would get this but those obsessed with Samsung gadgets. Back in 2016, the pillars of Samsung’s Galaxy Gear Ecosystem were the Gear 360, a spherical camera device that captured panoramic photograph and video, and the Gear VR, a specially-designed headset which accommodated Galaxy phones and turned the display into a multi-dimensional experience. It goes without saying that these were both pretty mind-blowing products. The Gear 360 was perfectly suited to capturing those fantastic landscapes and marvels of nature, and playing a game or watching a movie through VR was very cool indeed. But alas! those days are long gone and so does the Gear ecosystem but what Samsung replaced the Gear ecosystem is more enthrilling and fantastic for sure.

All phones are good 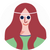