Samsung publishes One UI 4.0 update plan, only to suddenly take it down

beta is program is out in full force; it shouldn’t be long before we see a final version of the software hit the airwaves. As always, the Galaxy S21 series will get it first, followed by previous-generation flagships. Twitter leaker

has now stumbled upon a now-deleted post detailing the One UI 4.0 roadmap.

January 2021 will also be dominated by older flagship smartphones, such as the original Galaxy Z Fold and Galaxy Z Flip, Galaxy Note 10, Galaxy Note 10+ and the entire Galaxy S10 series. They will be joined by mid-rangers such as the Galaxy A52s 5G, Galaxy A42 5G, and more. Refer to the attached image for the complete rollout plan.

Do note that the list is incomplete and is missing several devices. We have compiled a list of devices that are eligible for the One UI 4.0 update. Samsung’s roadmaps are very often tentative and subject to last-minute changes due to bugs. Besides, every region has a different rollout, which is further influenced by factors such as carrier preferences. 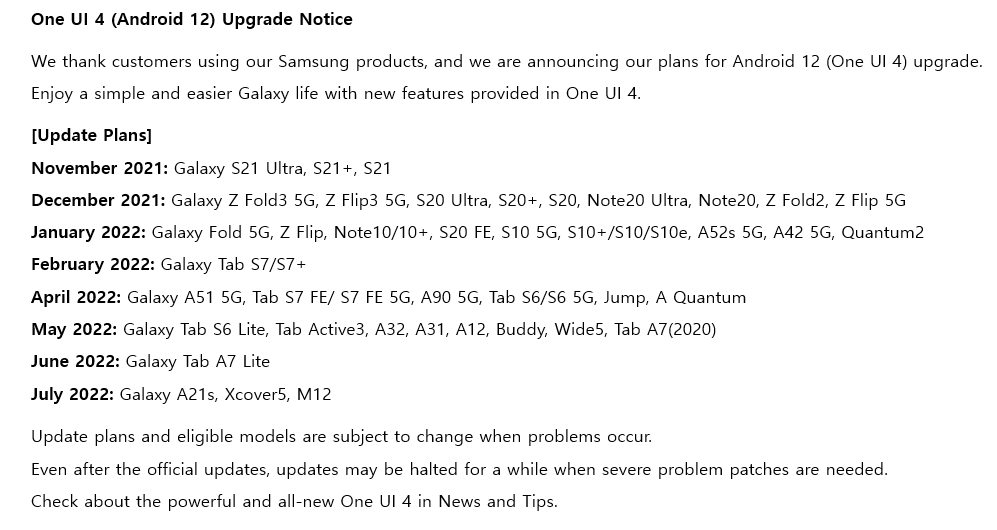