Google already working on Android 12.1 as we wait for Android 12?

As we wait for Android 12 and One UI 4.0 to arrive, Google is seemingly already developing the next version of Android OS. It could be called Android 12.1, and it might go live before the end of the year — or, who knows?! Maybe even before One UI 4.0 goes live on public channels.

What’s interesting about Android 12.1 is that it appears to be a so-called “point update.” This is something we haven’t seen in the world of Android since version 8.1 Oreo got released four years ago.

It’s worth noting that the upcoming update bumps up the API level, which would normally hint at a new version of Android OS, i.e., Android 13. However, evidence found by XDA-Developers indicates that the update should correspond to Android 12 as opposed to Android 13.

With that in mind, there’s also the possibility that the new API level won’t change the version of Android. In other words, evidence shows that Google is working on this new API 32-based update, though it might not necessarily change the OS version. It could still be Android 12 by the time it rolls out.

It might not be that big of an update, and there’s also a possibility that it could remain exclusive to the Google Pixel lineup. On the other hand, Android 12.1 could also signal the release of a new version of One UI later down the line. For the time being, all focus is on One UI 4.0 in anticipation of the beta program. Samsung reportedly wanted to release the first beta build today, but the launch may have been delayed.

Promotions
Dm me I tell you all
0 Likes
Share
Reply 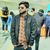