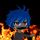 A new Samsung smartphone with model number SM-F415 was first expected to be an affordable foldable smartphone due to the inclusion of the alphabet F. However, two weeks ago, we exclusively reported that it is not a foldable phone at all, but a device similar to the Galaxy M31. Now, Samsung has started teasing the upcoming smartphone series in India.

The South Korean tech giant has sent special T-shirts and boxes to tech publications and YouTube creators as teasers for the SM-F415. The T-shirt has the slogan ‘Full On’ printed on it, and the same slogan was posted by Samsung via its Twitter account. The Galaxy F smartphone series could be the replacement for the Galaxy On series. Devices in the new series could be similar to the ones in the Galaxy M series but with more affordable price tags, new colours, and storage variants.