Until I became the Brand Ambassador!! #Intro #SamFam

harshilpugalia
★
Hi Members,
So before I proceed, here are two major revelations: 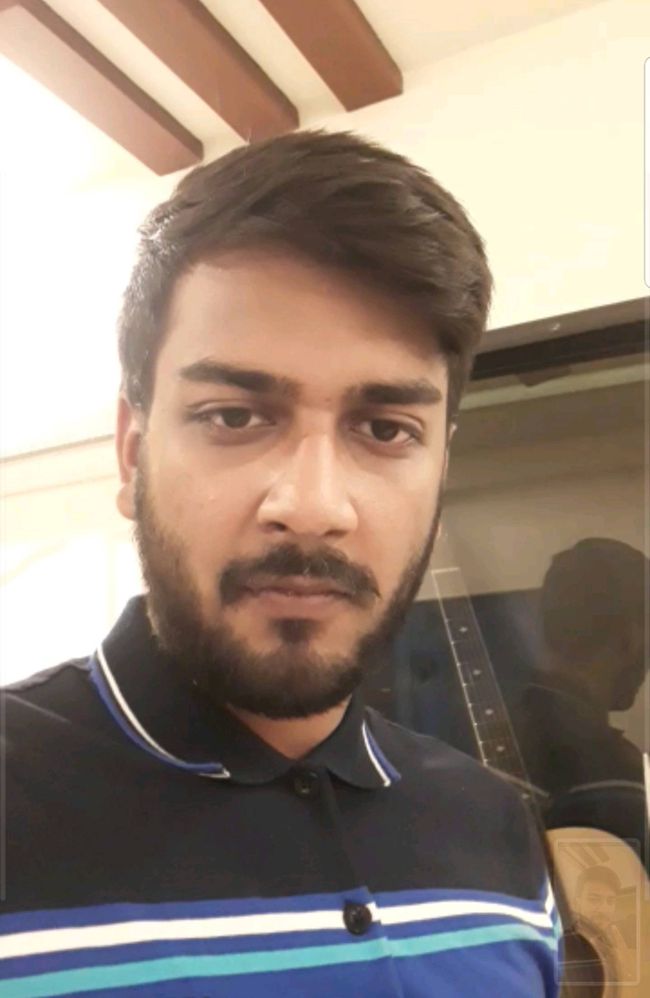 Yeap! That's me!!
After having both my first name and my last name changed once, finally my name is Harshil Pugalia (😆). I live in Pune and work at a global consulting firm. You can do google my name to know an extra bit about me, but in my own words I am a tech enthusiast along with an engineering degree in computer science background (it should be otherwise though, LOL).
Ever since I passed the stage of being a small kid, science and technology always had my curiotsity and attention. It might present a geeky image of me, but breaking the stereotypes I also like to do contemporary dancing and travelling along with my interests in books and my deep interests lies in automobiles and driving them. At large, my passion lies in everthing that requires the role of a creator and thus demanding creativity, right from building applications at my work and shooting pictures to almost everything I do. 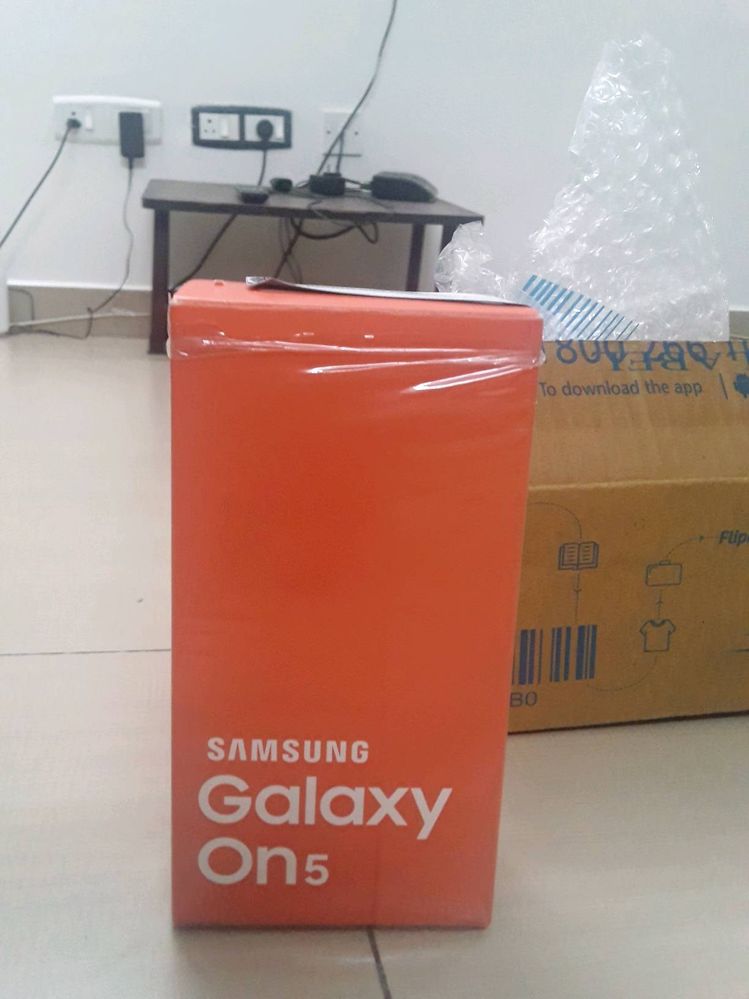 Shot it from the On5 itself!!
Though my current streak started with Galaxy On5, my original fascination about Samsung began with Samsung Corby (I still have it). I was always satisfied with what Samsung had to offer for that price (truely) but I wanted more. I can boast to have used or rather an experience over major Galaxy segments with devices like On5, On8, OnNxt, J7 Pro, with A9 2018 and S7 Edge being my daily driver, a combination of an Infinity Display packed with Quad Cameras - A9 and the S7 Edge with Samsung's signature home button and the "Edge" it gives me over other smart-phones.
So, my curiosity led me to explore more and I realised that Samsung products have more to offer than the eyes can see and I thought of sharing all what I had discovered and wanted people to explore along. The following picture is of an email when Samsung opened up a form to reach out for B2B queries and I thought to use it for requesting a way to collaborate on content about Samsung products. 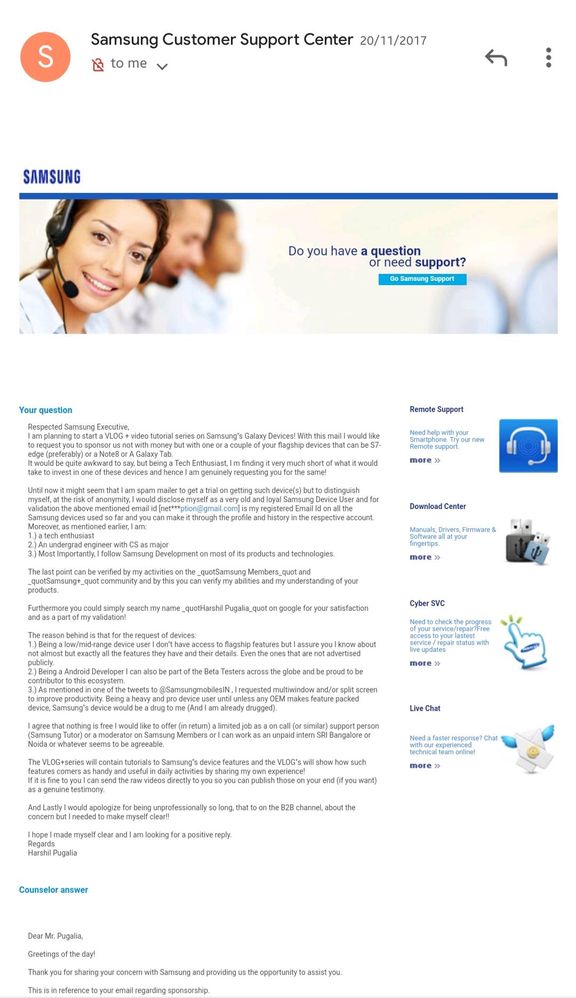 This is the reply mail actually
But as the nature of Samsung's service used to be, it went to the wrong department (😛). But it was 2017 and they are much much better now. I wanted to use my creativity to bring out new tricks to exploit features that the Galaxies have for example using "S-Bike Mode" feature to deter marketing calls, LOL. But fortunately Samsung Members popped up, similar to Samsung+ community that existed in US and other few countries. I can proudly say to have been on Samsung Members for as long as it's existence. 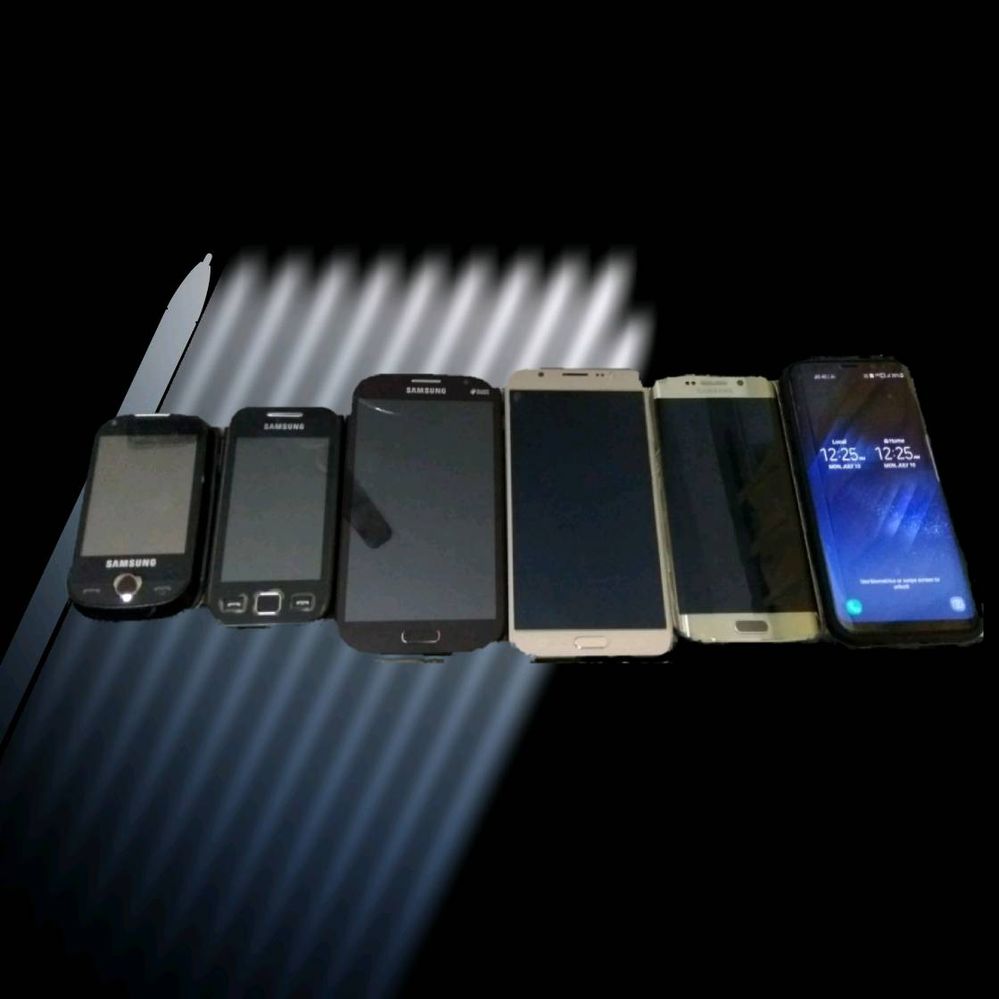 I completely created and edited it on my Galaxy On8
My earliest post dates back to 07th October 2017 and starting as a Campus Amabassador at my college in Chennai, it's been lucky 14 months to campaign for a brand that I am a super fan as well as a "BRAND AMBASSADOR" of. 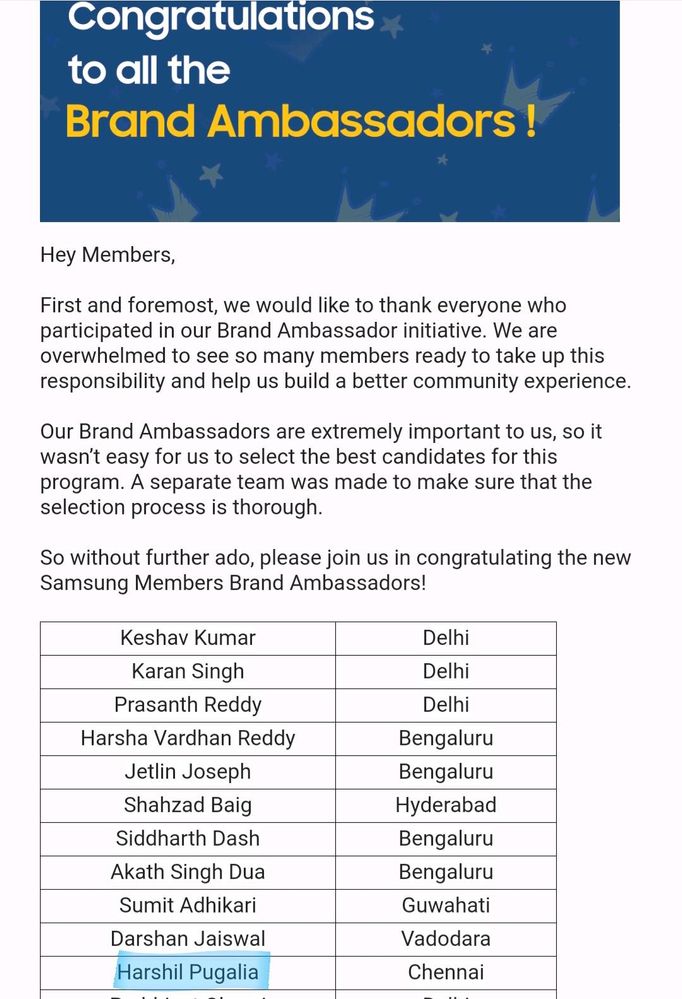 At times, certain features in Galaxy smart-phones require understanding of complex implementations and technologies so as to understand the reason for any issue that one faces and I see this as an opportunity and Samsung Members as a platform to highlight & solve the issues forward and make fellow Members understand it with least abstraction, say Knox and Pay for example. I feel buying smartphones is just a matter of choice. But after coming aboard Samsung Members, I found a cult of people who think alike. When I saw people posting sketches created using S-pen, the tips & tricks, different photography techniques demonstrated by users, I realised that the feeling of being a creator is completely above anything. And that's why and how, started my journey with Samsung. 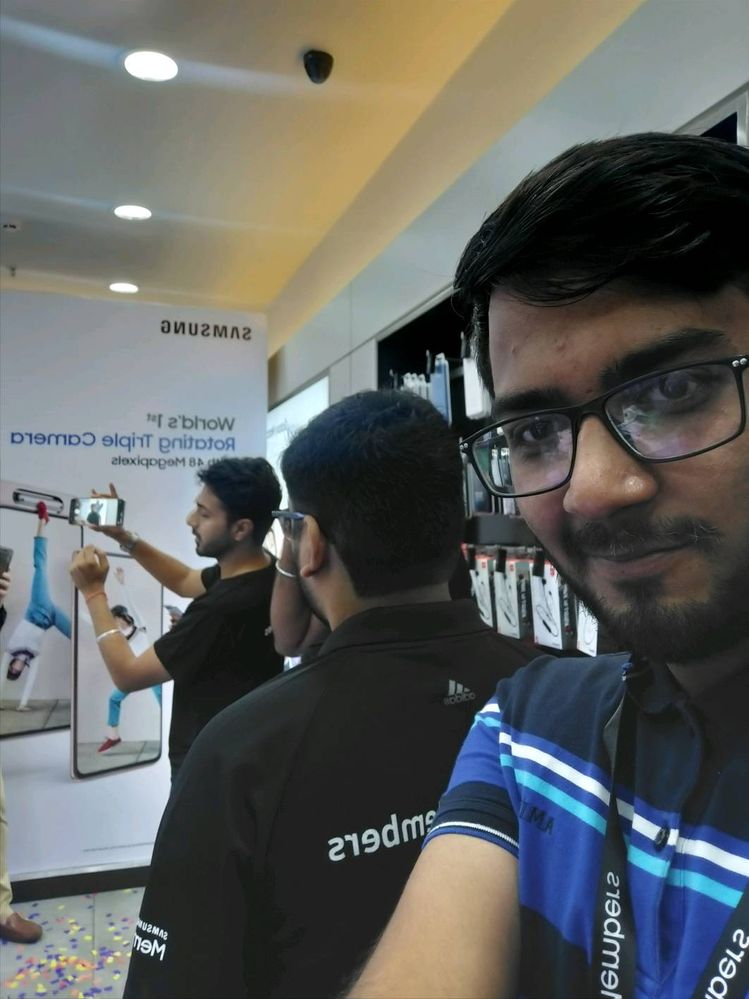 Me @ Galaxy A80 Exclusive Preview
And including the events, it has been a wholesome experience, completely undistinguished. I have attended Galaxy A80 Exclusive Preview that was held in Mumbai and I also got to shoot with a famous youtuber for one of SAMSUNG's high performing Galaxy M series. I even got a chance to host a Fan Meetup in my current city and you can simply use my favourite hashtag #SamFam to know more, only on Samsung Members. 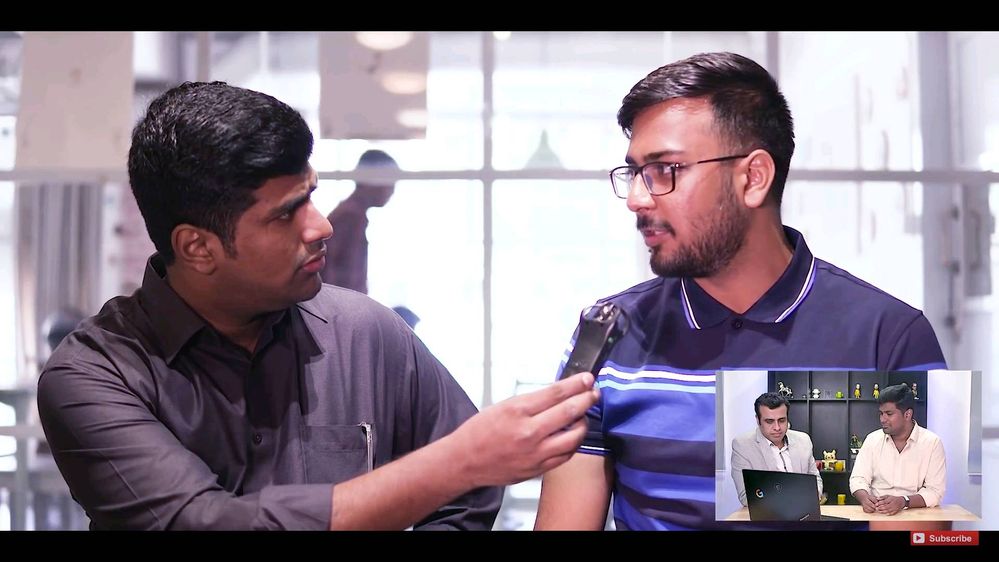 A still from the YT video. I am still waiting for them for the pictures!

sivakumar
Active Level 7
I'm a Samsung fan and currently using note 10 plus. I bought all the flagship S series from S to s10 plus. Also used note series. I know in & out of Samsung devices. don't know why they didn't choose me as a brand ambassador.
1 Like
Share
Reply
Reply
Loading...
Highlighted

Great to here that. I'm curious if you by chance still have all of the devices with you?

For being a Brand Ambassador it takes lot more than having the devices and knowing them. You can share whatever knowledge you have about all these devices and your experience. And believe me it will fruit into being a Brand Amabassador or who knows, maybe even beyond that😁.
0 Likes
Share
Reply
Reply
Loading...
Highlighted

Congrats to be BA... keep it up