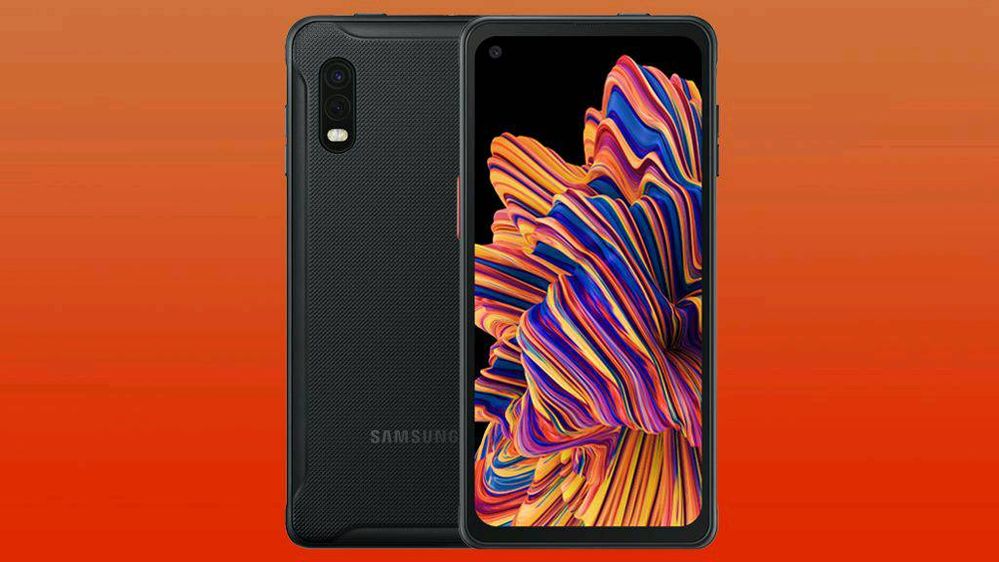 While most eyes have been drawn to Samsung's Galaxy S10 Lite and Note 10 Lite reveals out of CES 2020, the South Korean electronics giant has quietly unveiled a new rugged smartphone in the Samsung Galaxy Xcover Pro, which news site ePressi confirmed for release in Finland on January 31.
Reportedly priced at €499 (around $554 / £423 / AU$807), the Galaxy Xcover Pro boasts a more premium design than previous rugged smartphones, including a 6.3-inch Infinity-O display with minimal bezels and two programmable buttons. The LCD display will also allow for 'Wet Touch' and 'Glove Mode'.

As you would expect from any rugged phone, the Galaxy Xcover Pro has been built to take a beating, and it should be able to do just that with a military-grade impact resistance rating of MILSTD 810G.

Additionally, the phone carries a water and dust resistance rating of IP69, which is LEC's maximum protection level, meaning the Xcover Pro should even be safe during high-pressure cleaning.

It's what's inside that counts

In terms of specs, the Xcover Pro is very much situated in the mid-range of Galaxy's smartphone spectrum, sporting Samsung's Exynos 9611 octa core (2GHz) chipset, 4GB of RAM and 64GB of internal storage (with microSD expansion up to 512GB). It also carries a dual camera setup (25MP main sensor + 8MP ultra wide sensor) on the rear and a 13MP front-facing selfie camera.

Interestingly, the Galaxy Xcover Pro also boasts a removable 4,050mAh battery, allowing users to swap it out for a fully juiced one when the device's 15W fast charging capability just isn't fast enough.

So far, it's unknown whether Samsung's Galaxy Xcover Pro will see a release outside of Finland, but given the popularity of rugged smartphones in Europe, we expect the device to expand to other countries in the coming months.