Samsung and Etopia to build 6,000 tech-filled eco houses of the future

Samsung Electronics’ efforts towards a sustainable green future have led to an unexpected partnership with UK’s Etopia, a company that leverages the latest technologies and environmental awareness to build durable and energy-efficient houses. Project Etopia CEO and Founder says the company pioneered technologies in energy, IoT, and construction industries to build eco houses, schools, commercial buildings etc. that have either no negative impact on the environment or actually provide more energy than they use.

Etopia constructs some of the most energy-efficient buildings in the world, capable of achieving an average EPC rating of 103/100 (A+). The company wants to expand across America and Asia, and the partnership with Samsung is going to accelerate Etopia’s climate change goals, all the while bringing Samsung itself more into the forefront of sustainability.

Phase one is underway with 6,000 houses planned for the UK

According to the recent announcement, phase one of the partnership between Samsung Electronics and Etopia is now underway. The first phase consists of building 6,000 new eco-friendly houses in the UK over the next five years.

These houses built by Etopia will employ various Samsung technologies. Energy-efficient hydro units that can be connected to solar panels will replace traditional combustion boilers, and the houses will rely on Samsung’s state-of-the-art heat pump technology for both air cooling as well as water cooling and heating. 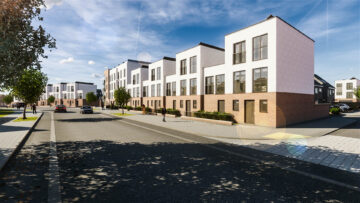 
I HAVE PURCHASED SAMSUNG M30S MOBILE.


THIS MOBILE SIGNAL RECEPTION IS VERY WEEK. CONFIRMLY I WILL BET SAMSUNG TECHNICAL PEOPLE ALSO WITH 100000/_ REGARDING SIGNAL RECEPTION IS WEAKER THAN OTHER MOBILES LIKE XIAOMI, REALME LIKE CHINESE MOBILES. DONT PURCHASE THIS MOBILES . THEY ARE PROVIDING THEIR ' EXYNOS ' WORST PERFORMING PROCESSORS. THIS IS REAL WHAT I AM TELLING .  BELOW I HAVE GIVEN SIMPLE EXAMPLE FOR YOU.


AND THEIR SERVICE ALSO VERY WORST. TODAY I VISITED THEIR SERVICE CENTRE  TO RECTIFY THE CHARGING PORT PROBLEM  , HE TOLD THAT IT WILL TAKE ONE WEEK TO 10 DAYS TO RECTIFY THE PROBLEM . THIS IS A SMALL PROBLEM .  I TOLD HIM TAKE THE COMPLAINT , AND GIVE MY MOBILE BACK , AFTER ONE WEEK   I WILL COME AND I WILL GIVE THE MOBILE AND RECTIFY THE MOBILE WITH NEW PART . HE REFUSED FOR THE SAME . REGARDING THIS ALSO I CALLED THEIR CUSTOMER CARE , THEY ARE NOT ABLE TO TELL WHERE THE PART AVAILABLE TO THE NEAREST SERVICE CENTRE IN GUNTUR DISTRICT.


OTHER COMPANIES ARE DOING SMALL PROBLEMS WITH IN ONE DAY. BUT SAMSUNG IS TAKING 10 DAYS . THIS MUCH OF WORST THEY ARE DOING SERVICE.


THEY ARE RELEASING NUMBER OF MODELS WITH SAME PROCESSOR 'EXYNOS 9611' BUT NOT MAINTAINING PROPER SPARE PARTS AT THEIR SERVICE CENTERS . THEIR SERVICE CENTER PEOPLE ARE BEHAVING LIKE GAZITTED OFFICERS. FIRST OF ALL THIS IS THE MAIN PROBLEM WITH SAMSUNG.