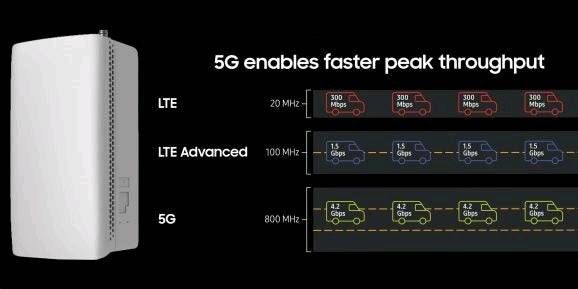 In recent tests, Samsung used two test terminals equipped with its latest 5G modem chipset. These terminals send signals to the millimeter-wave access unit, and each terminal reached a transmission rate of about 4.3 Gbps. Collectively, these terminals hit the industry’s highest rate of 8.5 Gbps.

Earlier this year, Samsung and Verizon conducted a trial using a base station in a commercial network in Texas. In the experiment, Verizon used Samsung’s 5G NR access unit to aggregate the 800MHz bandwidth spectrum on the 28GHz band. However, the two parties did not disclose how much traffic the base station handled. Considering that the number of 5G mobile phones used by consumers is not large, it may not handle much commercial traffic.

Samsung is studying millimeter wave technology in South Korea and the US. The company said it has also begun to support the commercial deployment of 5G in Japan.

anonymoususer77683
Active Level 7
In Switzerland we get around 500megabits/sec on 5G, but it's on its trial phase and I don't have a 5G phone lol.
0 Likes
Share
Reply
Reply
Loading...
Related Content