Small text on the screen during Samsung's presentation supports such a conclusion, stating: "Availability of feature and security updates may vary by device and country. Update supported for flagship models from Galaxy S10 (Android 9) or later."

So, don't expect three years of updates on a A-series smartphone. Odds are Samsung's newfound commitment to updates only extends to flagship phones in the Galaxy S and Note series. 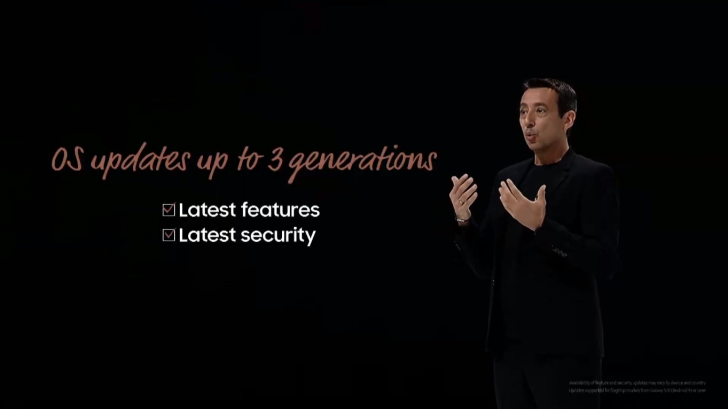 wow man they can't promise to s9 and note 9 devices

immi007
Expert Level 5
In response to EdoMadara
That's what they are saying... but let's see what happens
0 Likes
Share
Reply
Reply
Loading...

Anonymous
Not applicable
In response to YashAgarwal

immi007
Expert Level 5
In response to YashAgarwal
haa... also may be fold and flip series along with these S n note...