Tired of unwanted apps? Too much distractions? Slow device?
Let's debloat your phone.

There are 3 ways of debloating apps. Some levels need ADB so if you want to do them , follow the How to set up ADB tutorial and then come back. Also be careful when choosing unwanted apps... specially with system apps.

1) Uninstall apps
Just uninstall the unwanted apps. Stock or 3rd party, doesn't matter... if you don't need it... get rid of it.

2) Disable apps
Some apps can't be uninstalled by the user so they only can be disabled. Also you can easily re-enable them and update too.

3) Use ADB
First of all... Go to the post, How to set up ADB and follow it.
Keep in mind that any mistake is a risk.

Install this app and select the unwanted apps and keep their package names noted.

then run the below code replacing with the <package name> with the packages you want to remove.(don't type in <>) It will give you no indiacation that the app is removed in the terminal other than success.

And to get back something you uninstalled before, use this code

So if you want to get rid off Chrome (and maybe replace with the VIA browser), use the below code

And to retore chrome, just use this

just like that you can get rid off almost any app on the device... even gallery , files so be careful. Also you can use this to replace them with 3rd party apps... like using Google messages ,files ,contacts ,calendar ..... instead of the OEM apps. I debloated my device because I have a budget device that lacks performance and also there were some apps that are really annoying.

Hope this tutorial helped you somehow and if id, please tell your ideas in comments. 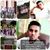