Good Lock 2021 suite contains massive changes that comply with the all new One UI 3, and a few more.
One UI 2 users whose devices are upgradable to One UI 3, and the users who are already running One UI 3 versions on their devices, are recommended to read this post.

If you have more news, feel free to add below as comments. Sharing is always the best!

Others
Yes. You can.

Method 1:
Download and install Good Lock and all its plug-in apps using external apk files.
You can download all apks from apkmirror.com

1). Download a VPN app (ex: Turbo VPN, SuperVPN) from Play Store.
2). Remove your sim from the phone.
3). Force stop Galaxy Store app and delete app cache and data.
4). Open the VPN app, and connect to an IP in a country like USA.
5). Now open Galaxy Store. You should see the US Galaxy Store now.
6). Search for Good Lock app and download and install it. Install its plug-in apps also.
7). After that disconnect from VPN and insert your sim again.

After this when you close and reopen Galaxy Store it will switch back to Sri Lanka store.

Most of the time you will get an error when opening Good Lock app saying something like it's unavailable for the region.
If you get this error, what you can do is using a launcher app for Good Lock.
Best apps are Fine Lock and Nice Lock.
You have to keep Good Lock app installed in your phone for some plug-in modules to work properly. So keep the app, but you can access all modules using Fine Lock/Nice Lock. 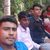