Uv
Active Level 8
A time-of-flight camera (ToF camera) is a range imaging camera system that employs time-of-flight techniques to resolve distance between the camera and the subject for each point of the image, by measuring the round trip time of an artificial light signal provided by a laser or a LED. Laser-based time-of-flight cameras are part of a broader class of scannerless LIDAR, in which the entire scene is captured with each laser pulse, as opposed to point-by-point with a laser beam such as in scanning LIDAR systems.
Time-of-flight camera products for civil applications began to emerge around 2000,
as the semiconductor processes became fast enough for such devices. The systems cover ranges of a few centimeters up to several kilometers. The distance resolution is about 1 cm. The spatial resolution of time-of-flight cameras is generally low compared to standard 2D video cameras, with most commercially available devices at 320 × 240 pixels or less as of 2011.Compared to other 3D laser scanning methods for capturing 3D images, TOF cameras operate very quickly, providing up to 160 images per second.
These Mechanism are Supported by Upcoming Galaxy A90 as well as Galaxy S10 5G models in available market.
0 Likes
Share
Comment 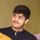 Darkvader12
Expert Level 5
I don't really care about smartphone cameras at all I would like to take a tof sensors camera rather than take just a phone to use it as camera device
0 Likes
Share
Reply
Reply
Loading...
Related Content