Others
۔یہ بل میں نے اس پیج پر لگایا کہ علامہ اقبال کا بجلی کا بل ہے کچھ لوگ کہ کہتے تھے اس وقت پاکستان نہیں تھا بلکہ بجلی ہی ایجاد نہیں ہوئی تھی تو بھائی لاہور تھا باقی یہ پڑھیں
History Of Lahore Electric Supply Company
In February, 1912 the Lahore Electric Supply Company was formed with a capital of Rs. 5,00,000. The Company was registered on March 21, 1912. Lala Harkishen Lal became the first Chairman of the Board of Directors of the Company. The construction of the equipment having been completed, supply was commenced on November, 18 1912 though the grant of the licence was not formally gazette till full seven days later.
Towards the close of the year 1918, the Company decided to re-organize and a scheme was prepared to provide an up-to-date electric supply scheme in order to meet all requirements of the future, including the municipal street lighting and the requirements of Lahore Cantonment. A plot of land was purchased at Badami Bagh for an up-to-date central power station. The Military Authorities, however, dis-approved of the proposed central station site at Badami Bagh. They desired, for military reasons, that a site nearer the Cantonment should be selected. It was therefore , decided to have a site on Mayo Road, but until 1920 no site could be secured owing to prolonged correspondence that look place between the company and the Military Authorities, on the one hand, and the Company and the Government, on the other, on the subject. 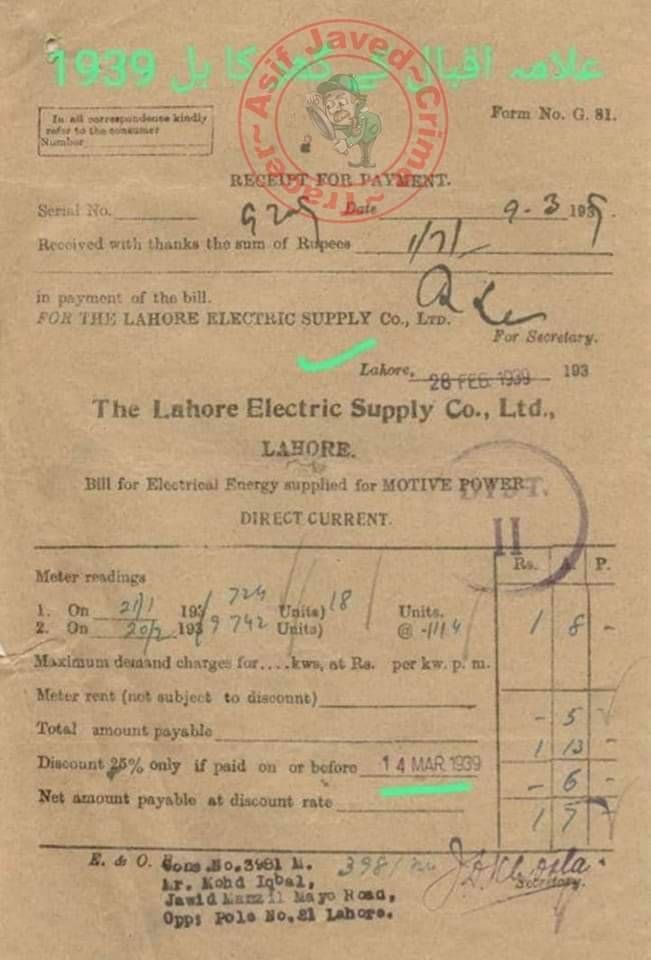