Samsung is bringing progressive web apps to the Galaxy Store 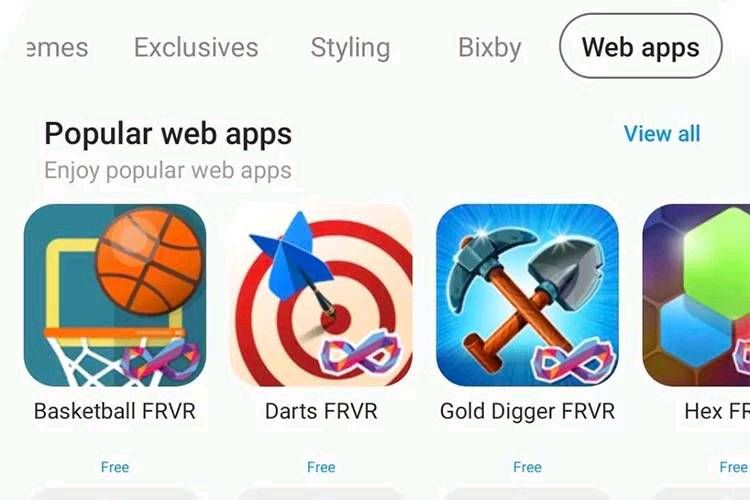 Samsung has also been making PWAs more accessible to users, and had earlier started showing a 'download' icon in the URL bar of its "Samsung Internet" browser on smartphones to let users know that the website they're on has a progressive web app that they can install on their phone. The company even invested in infrastructure to make PWAs installable as native apps on Samsung's smartphones.

Icon to signify a PWA in the Samsung Internet browser

Now, in a step to make progressive web apps even more universal and wide-spread, Samsung is placing them right alongside native Android apps inside the Galaxy Store. The change is currently only available in the Galaxy Store for the United States, but the company has said that it will roll out the feature to other markets later.

If you have a progressive web app for your service, you can request Samsung to add it to the US Galaxy Store by simply sending an email with the URL to your PWA to pwasupport@samsung.com

So what do you think of this change made to the Galaxy Store by Samsung? Have you used progressive web apps before? If not, you should check them out, they can be really handy.

KomalJain
Expert Level 5
I think so I'm not sure because I haven't earned yet.
You'll find the same under Voucher section.
2 Likes
Share
Reply
Reply
Loading...
Highlighted