Samsung was quite late to the party in equipping its phones with high screen refresh rates. While smaller brands like ASUS, OnePlus, and Razer started offering screens with a 90Hz (or faster) refresh rate as early as 2017, the South Korean smartphone giant stuck to the usual 60Hz on Galaxy flagships. With its 2020 flagship devices, however, the company jumped straight to 120Hz refresh rate, and using one of those phones is quite a fantastic experience.

However, a higher screen refresh rate also means higher power consumption and shorter battery life. No wonder Samsung choose to power its Galaxy S20 series phones with the highest capacity batteries we’ve ever seen inside its flagship smartphone lineup. Our review of the Galaxy S20+ noted that activating the 120Hz refresh rate feature takes a significant toll on the phone’s battery life, but we did not quantify it in absolute numbers. The folks over at AnandTech have now published an extensive analysis showing the impact of a 120Hz refresh rate on the battery life of Samsung’s newest phones. 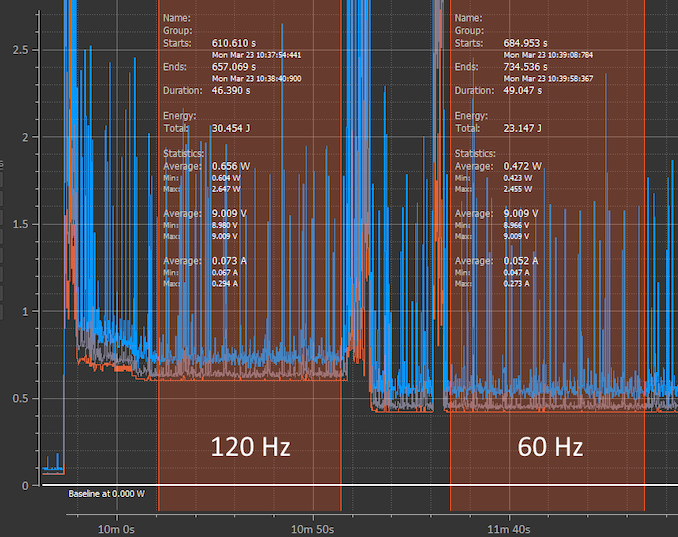 The power consumption difference of 184mW doesn’t seem like much, but the power consumption over the entire day can be quite high. This test was performed with an all-black screen, and the airplane mode turned on. Now imagine the amount of power the 120Hz mode would consume while displaying usual content and when all the radios are working together. 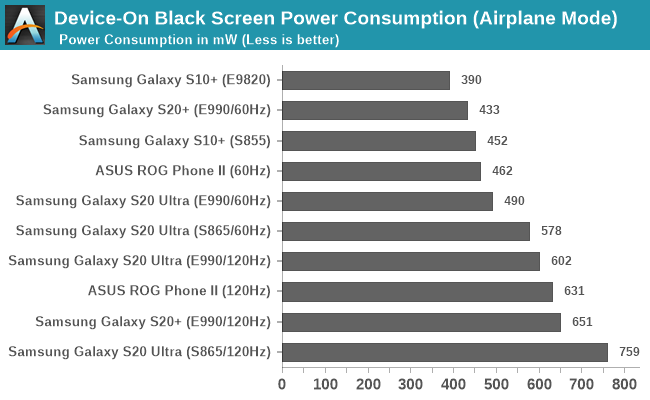 In the last image, you can see the actual battery life results of the Exynos and Snapdragon variants of the Galaxy S20+ and the Galaxy S20 Ultra and compare them with a bunch of Samsung and non-Samsung phones. Despite the power draw being lower in the Exynos variants in the airplane mode, the Snapdragon variants seem to last longer in the web browsing test. This could point towards more power-efficient radios in the Snapdragon chipset, but we can’t be entirely sure about it. 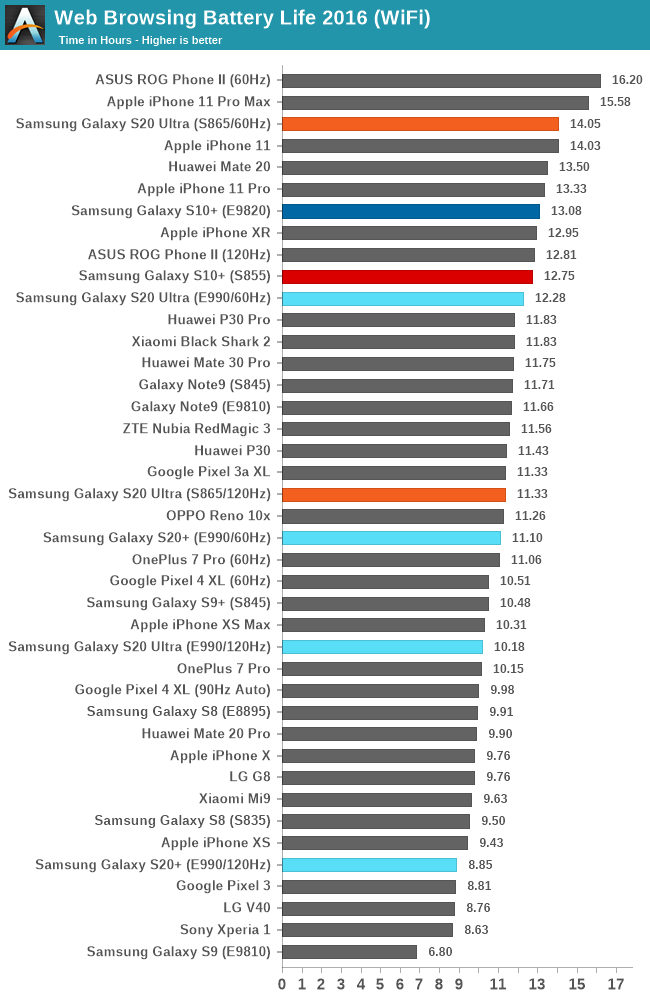 Even the ASUS ROG Phone II displayed a 25 percent shorter battery life in the 120Hz mode. The Google Pixel 4 XL and the OnePlus 7 Pro, with their 90Hz screen modes, showed a difference of just 10 percent in terms of battery life when compared to the 60Hz mode. We think that Samsung should offer either an excellent middle ground with a 90Hz option or implement an adaptive refresh rate feature that adjusts the screen refresh rate between 60Hz, 90Hz, and 120Hz, depending on the task to offer better battery life. 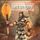