Urgent Notice: Do not update the Samsung Members app [One UI 3.0 Beta]

The urgent notice is, do not update the Samsung Members app. There is an issue with the app, after updating the app, you won’t be able to see the content of posts in the beta community

YOU CAN READ THE COMPLETE NOTICE BELOW:

This is One UI Beta Program Operation Team.

The Samsung Members app was updated today. But if you update the app, you can’t see the content of posts in the beta community.

We are urgently checking, so please do not update until the revised version comes out.

We apologize for any inconvenience caused to you. 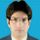