Samsung launches Galaxy A72 and Galaxy A52 with flagship features

The Galaxy A52 4G is the cheapest among the three phones, but it packs in different specs as compared to the Galaxy A52 5G variant. The Galaxy A72 is the highest-end of the three. Here is what the new Galaxy A series devices bring to the table.

For starters, all three phones are IP67-certified dust and water-resistant, they feature stereo speakers with Dolby Atmos support and also features and each feature microSD support up to 1TB. These phones support 25W fast charging as well, but won't come with a charger in some regions.

They come with a plastic build and are available in Awesome Blue, Awesome White, Awesome Violet or Awesome Black colourways. 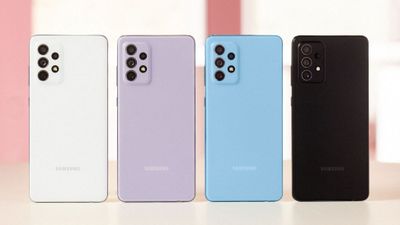 The Samsung Galaxy A72 only comes in a 4G variant and is powered by Snapdragon 720G processor that's paired with 8GB RAM and 128GB or 256GB of internal storage. The device comes with a large 6.7-inch Full HD+ Super AMOLED display with a 90Hz refresh rate.

In terms of optics, the device will pack in a quad-camera setup with a 64MP main camera, a 12MP ultra-wide lens, an 8MP telephoto lens and a 5MP macro shooter. Selfies are handled by a 32MP shooter. There is a 5,000mAh battery unit that the inside, it is said to have a 5,000mAh, but the company is not providing a charger in the box. The device will run on One UI 3.1 out of the box based on Android 11. 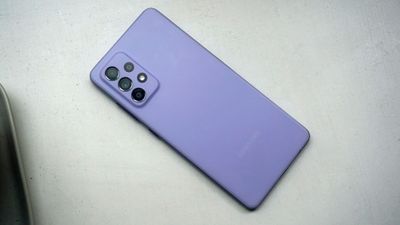 In the camera department, both phones feature same 64MP main camera with OIS, a 12MP ultra-wide shooter, a 5MP depth shooters and 5MP macro cameras too. There is a 32MP selfie camera onboard. The devices pack in a 4,500mAh battery, however there will be no in-box charger provided. The phone runs on One UI 3.1 based on Android 11.