Galaxy S
Hi friends, My name is Seshadri. I have purchased Samsung S9 plus 64GB Coral Blue phone last year on 22nd March 2018. I am active user who watches movies and videos from YouTube, Netflix, Amazon Prime and apps. I play #PUBG Mobile at least a game on daily basis. I faced a issue in the display of my phone which is like screen impression or patches on the display background due to which at times my touch screen doesn’t work at times. I went to a Samsung service centre today (04-03-2019) where they checked my mobile and said yes there is a display problem in which number of patched occur in the display background and due to which the touch screen malfunction is happening. The service centre representative came back after 5 minutes and told me that there is a dent on the body of the phone due which we cannot service your mobile display under warranty. I asked him to explain why they can’t change the display of the mobile while there is a dent on the body of the mobile. He asked me to talk to Samsung Customer service. I called them and spoke with a gentleman called Valan Arasu who is a customer care escalation supervisor with a call reference number 3716446573, who told me that the display and the body should be replaced for the higher end models like S9 plus. I argued with him to provide me a reason for not covering the display problem and letting me know only about the dent. He then spoke to the supervisor of the service centre and asked the charges of the display. Then he told me to pay Rs. 17,500 or so to get my display replaced where as the display cost in the website is listed as RS. 13,764. I asked him to explain me that why I should pay for the display which is a major expense and an error that occurred from their side. He said I have to pay because there is a small dent on the body. I asked him to give it writing that they cannot take this mobile under warranty replacement because of a small dent, which he absolutely denied. But I asked th
e service centre people to take the mobile enter the problem and give me a job sheet numbe
r for my reference. I need a proper response from Samsung team that why I should pay for display which has patches and touch screen error for a small dent caused by me.

Now I seek support from all the Samsung and Non Samsung users to help me in this regard by sharing this to all your friends, family and colleagues until we receive a proper response from Samsung.

I have attached all the proof which shows my stand. 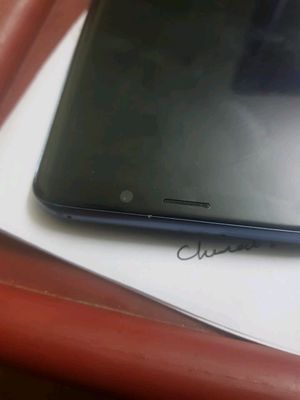 This the dent that they were talking about. 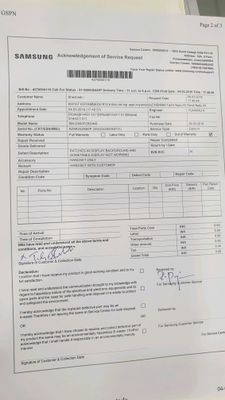 Galaxy S
ya bro. thanks for the heads up. I'll be cautious hereafter. thanks again
2 Likes
Share
Reply

Galaxy S
Display isn't covered in the warranty as it has the most chances of suffering damage from the user end. if it had any problem related to software or hardware like PCB components they are only covered. Even if the display was problematic at their fault Its the same in case of other brands too. The dent they are talking about indicates a user damage that's why even if the display was faulty from the begining cannot be covered in warranty
0 Likes
Share
Reply

Galaxy S
what are you trying to convey bro.
0 Likes
Share
Reply

Galaxy S
now i cannot even get help of insurance as they will deny that there is no third party damage...
0 Likes
Share
Reply