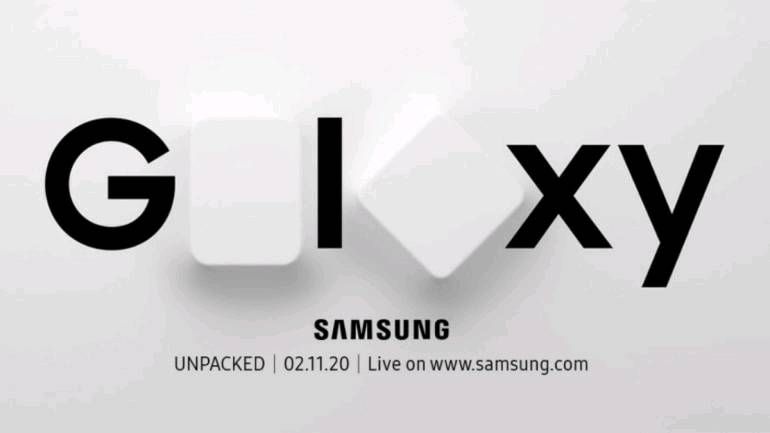 South Korean tech giant, Samsung, has long been expected to launch its flagships for 2020 next month. Over the last few weeks, Samsung has been rumoured to launch the all-new Galaxy S11/20 series of phones at its first Unpacked event of the year. And now we finally have a date for it.

After the information about the date of the event leaked online thanks to an unlisted video, the company has now taken to Twitter to confirm the launch date itself, and also the venue -- San Francisco. Interestingly, the Unpacked event will be held on February 11 this year -- a week earlier than last year.

Apart from seeing the launch of the Galaxy S11/20 series of phones, the Unpacked event could also see Samsung launch the successor to last year’s Galaxy Fold. While there is no confirmation on the latter, speculation remains rife as Samsung itself confirmed it will be launching more than one device at the event.

The same was also confirmed via Samsung Newsroom where a company in a post said, "On February 11, Samsung Electronics will unveil new, innovative devices that will shape the next decade of mobile experiences."

As for the star of the show, the S11, reports suggest the new S11 series phones could bring with them a class-leading 120Hz display to stay in the game against the competition that’s currently serving up panels with high refresh rates.

Under the hood, the new Samsung Galaxy S1 series phones will come packing the very best hardware that money can buy right now. Reports suggest for the Galaxy S11, Samsung will use the Snapdragon 865 chipset that is claimed to be 20 per cent faster at rendering graphics than the Snapdragon 855 in the Galaxy S10 all while remaining 35 per cent more power-efficient than its predecessor.

For the Galaxy S11 series, Samsung is also looking at an all-new ISOCELL Bright HM1 sensor which will shoot in 12-megapixel by stitching together 9 instead of 4 adjacent pixels. The results of this new lens could be a major improvement over the 108-megapixel lens already available on the Mi Note 10 launched earlier in the year.

Reports also claim that apart from the primary lens, the new flagship from Samsung could also sport an ultra-wide-angle lens and a periscope zoom lens. However, on the S11 Pro, there could also be a Time of Flight (ToF) sensor.

SubashCM
Active Level 4
it is not s11 it is lite series and fold2
0 Likes
Share
Reply
Reply
Loading...
Highlighted