The October 2019 security patch has been released for the Galaxy S9 and S9+, with an update carrying the new security patch rolling out in Germany. The update comes with software version G96*FXXS6CSI4 and has no new features or improvements, but it is a critical release as the Galaxy S9 was one of three Galaxy devices explicitly mentioned in a report about a serious zero-day vulnerability that has been exploited by attackers.

October update an important one for the Galaxy S9

Along with the Galaxy S9, the Galaxy S7 and Galaxy S8 are said to be affected as well. The October security patch should fix this vulnerability for all three phones. Samsung is yet to push out the latest security patch to the Galaxy S7 and S8, but that is likely to change in the next couple of days considering the company isn’t wasting any time in bringing the October update to all of its eligible devices. The Galaxy Note 9 was updated earlier this week, and both the Galaxy S10 and Galaxy Note 10 have also been updated in some markets.

The Galaxy S9 update is currently available only for Vodafone customers in Germany, but we should see the unlocked model joining the party soon, and the update should also be making its way to other markets. To download the update on your S9 or S9+, open the Settings app on the phone, tap Software update, then tap the Download and install option. 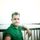