Abhy
★
In few months more, we will be introduced to the latest and best of Samsung....The Samsung S11 or It might be called something as well....
From the leaks that we have come across we can clearly say that the Emphasis has been laid in improving the CAMERA, SPEED and BATTERY 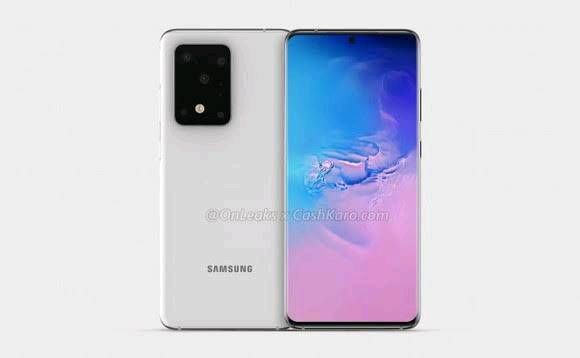 CAMERA
S11 will include a 108-megapixel camera with support for 5x optical zoom. As for other specs, Samsung’s S11+ will reportedly ship with an in-display fingerprint sensor, thinner bezels, 12GB of RAM, a Snapdragon 865 processor and, of course, support for 5G.
Galaxy S11 will indeed be capable of recording 8K video. The first hint about this possibility came when the Exynos 990 processor was announced. It’s the chip that’s going to power the Galaxy S11. It does have the capability of recording 8K video at 30 frames-per-second.
BATTERY
According to Ice Universe, the Galaxy S11+ may have a battery as big as a whopping 5,000mAh, which is also a significant improvement over previous devices.
OTHER LEAKS
According to another leak from Ice Universe, if the Galaxy S11 does offer a higher refresh rate, it may go as high as 120Hz — skipping the 90Hz display altogether.
PROCESSOR
The Snapdragon 865, the processor that will power many of next year’s Android flagship, is now official and it doesn’t come with 5G on board.
And the Exynos version will have the phone running on Android v10 (Q) operating system. The phone will be powered by Octa core (2.73 GHz, Dual core + 2.31 GHz, Dual core, Cortex A75 + 1.95 GHz, Quad core, Cortex A55) processor. It will run on the Samsung Exynos 9 Octa 990 Chipset.
I really do hope that we get the Snapdragon version in India this time, Exynos is good too but as we saw in previous devices it lacks in certain departments like Battery and Speed.
We can just hope....let's see what Samsung has in store for us...Come this February and we will know for sure✌✌
7 Likes
Share
Comment