One UI 2.1 may come early for the Galaxy S10 and Note 10,as build number appear

Another confirmation from a reliable source, Max Weinbach, who has just confirmed on Twitter that the company is working on the One UI 2.1 update for the Galaxy S10 and Galaxy Note 10 series. 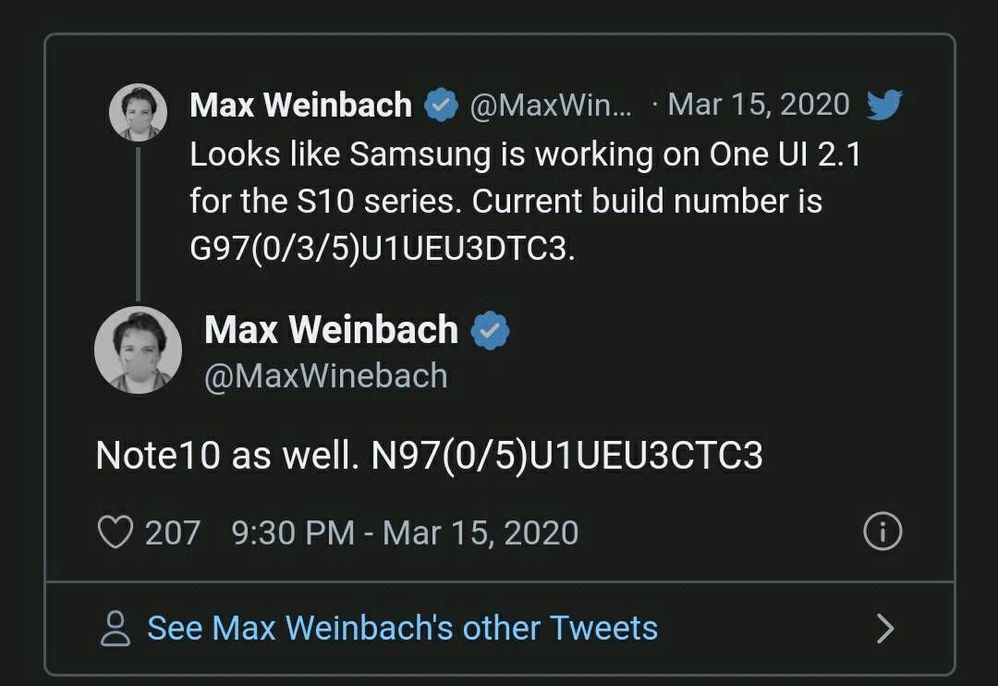 Max also shared the build number of the One UI 2.1 update for both of the flagship smartphone series. The given build numbers (below) belong to unlocked US Galaxy S10 and Note 10 units.

As previously confirmed by the company itself, the Galaxy S10 and Note 10 devices will get the most of the Galaxy S20 features via software updates in the future.

There is no timeframe for when we could see One UI 2.1 on the Galaxy S10 and Note 10 devices. But after Samsung’s recent improvements in the software update rollout, we can expect the update soon.

Wouldn't they release UI2.1 with android 11?Or they just gonna only update the UI like xiaomi does

Abhy
★
In response to Vicky455
For now they have started working on it...I guess it will come with Android 11
2 Likes
Share
Reply
Reply
Loading...
Highlighted

immi007
Expert Level 5
In response to Vicky455
Android 10 with and extra software features.
Android 11 now for a Samsung or other phones rather than pixel will take time
0 Likes
Share
Reply
Reply
Loading...
Related Content