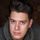 Today I've contacted the Official "Samsung Greece" website, with a complaint that they advertise this product as an A Grade Camera, although one of the most amazing features is missing. I felt cheated by false advertising. I picked this phone over the Samsung  Note 10 Lite for 3 Reasons: 1st ip68 rating since I work in a school environment (Which it doesn't also have ) and 2nd because of the camera, and 3rd because of the appearance of a Snapdragon Model in Europe in combination with 4500mAh battery.

Trivia info. My 2nd brother owns a Galaxy A71 which has the awesome Pro Mode of S7 and other S series phones, though the Official Service of Samsung that has two testing phones, A) the A50 and B) the A71 lack those features. (I guess an update fix)

p.s. I'll come back if you enroll this feature and everything will go away!!,

If I sell my phone too soon, no more looking back or for Samsung TV, phones, Tablets and other Watches, Fridges or whatever else you're selling , not my friends, not my Family who  are already over to Xiaomi or Apple (budget related), and always asking me which phone to get. Guess what,  everyone owns a Xiaomi but a few exceptions. I thought this S10 Lite would be your comeback, but I guess it's not Yet. Everyone in my family was a fan until S7 Edge, since the S2 lineup or even before...

I am also deeply irritated with Samsung. Note 10 Lite, A71 and even A51. Everyone has a complete Pro mode for photos. And they are all cheaper than the S10 Lite. And what irritates me most is that Samsung's attendants are all complete I.D.I.O.T.S. They never know anything about anything. They have no technical knowledge. Samsung does not offer any training or technical courses for attendants. The only thing they do is copy and paste ready-made answers as a solution to common problems. But when the question does not involve a common problem, they never know how to answer. They don't even try to get information from the engineering or mobile software industry. The only thing they have is sympathy, that's all. Samsung hires people for customer service and the only requirement to be hired is friendliness. It doesn't matter if they are s.t.u.p.i.d or if they don't have any technical knowledge. It doesn't matter if the answers and solutions they offer are useless to 99% of customers, as long as they are friendly is what matters. This is Samsung's customer service policy.

Yes, the solution is to buy a different phone!!!