Samsung is releasing yet another camera updatefor the Galaxy S20 series, the latter two of which promised to improve the autofocus performance. It seems that the company still hadn’t perfected it as this latest update also targets the camera.

The Galaxy S20 and S20+ are getting faster autofocus, which will allow them to lock onto objects more quickly as you move the phone around. Also, the security patch has been bumped up to May. 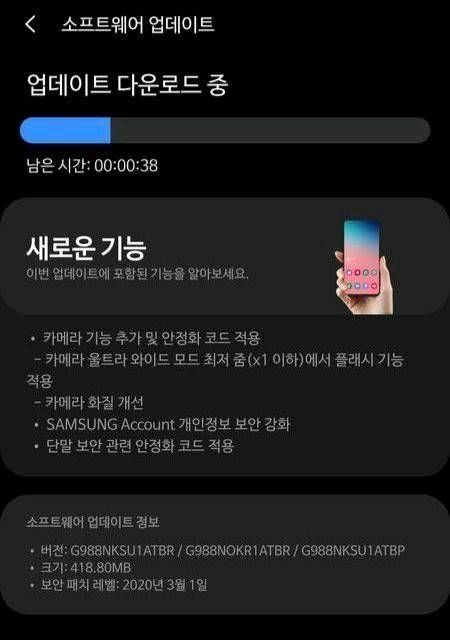 The Samsung Galaxy S20 Ultra is getting that patch as well as a dedicated Close-Up Zoom function, which is specially-designed to improve the phone’s focus performance at close range. Previously, users had trouble photographing things at a distance of 10cm or so.

The image quality of the Night mode has been improved as well. Other enhancements that are exclusive to the Ultra include a more responsive fingerprint reader and better sound quality from the speaker.

Be on the lookout for firmware version G98*NKSU1ATE6. It’s currently rolling out in South Korea, but it should expand globally soon.