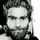 The Galaxy Note 10 One UI 2.0 beta program is moving ahead today with the release of the second beta update. We can confirm that a new Android 10 beta update is rolling out to the Note 10 and Note 10+ in India, carrying software version N97*FXXU1ZSK8. It’s likely to be made available in Germany, South Korea, and the US as well, although we cannot confirm that at this time (feel free to let us know in the comments if you’re getting the update in any of those countries).

The changelog for the second Android 10 beta for the Galaxy Note 10 is exactly the same as the changelog for the latest Galaxy S10 beta that was released last week. That could either be a case of Samsung being lazy and taking the copy paste route or a result of the fact that the software is pretty similar on the Galaxy S10 and Note 10. We’d prefer it to be the latter as that would mean Samsung could release the stable Android 10 update for both lineups at the same time.

To download the new beta update on your Galaxy Note 10 or Note 10+, open the Settings app on your phone, select Software update, then select Download and install. As always, we would recommend backing up your data before you install the latest beta.