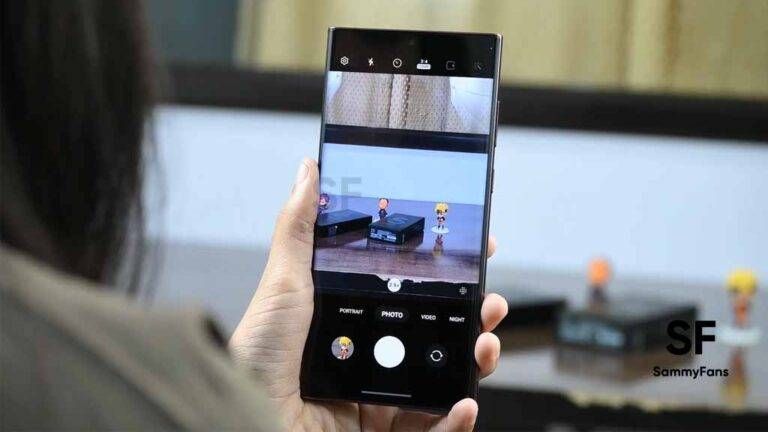 Samsung launched three new high-end smartphones – Galaxy S22, Galaxy S22+, and Galaxy S22 Ultra in February this year. All these devices come with the latest hardware and software capabilities but the Samsung Galaxy S22 Ultra reportedly has camera issues.
A reliable tipster Ice Universe claims that he had the blurry camera problem in his Galaxy S22 Ultra which he purchased in March. He says that compared to the normal click, some parts of the pictures taken from the device’s main camera get very blurred.
This highly reduced the whole quality of the photos. At first, he thought it was a software problem that will be fixed in the next update. But the problem didn’t get resolved. Ice Universe later decided to replace his phone and did it in the month of June.
Surprisingly, the Samsung Galaxy S22 Ultra camera blur issues didn’t occur in the replaced model that is newly manufactured in June month.
A few weeks later he replaced his Galaxy S22 Ultra, another user of the phone asked about the same issue to Ice Universe. The tipster says this is not a software problem but 100% a hardware failure and can only be fixed by replacing it with a new one.
Ice further says that the Galaxy S22 Ultra phones have been manufactured in March or earlier have camera blur issues. But the company has finally fixed this problem with its latest creation and is easily replacing the old damaged model with the new one without asking for any cost.
https://twitter.com/UniverseIce/status/1545630889857916928?t=OG_QyK-xx3J-tZu-NC3Iwg&s=19
3 Likes
Share
Comment
4 Comments

Galaxy S
This can be true because some shots posted here supposedly from s22 ultra phones have poor quality.
1 Like
Share
Reply