The new software update for the Galaxy Tab S4 LTE (SM-T835) comes with firmware version T835XXU4CTF5, and it brings One UI 2.1 to the tablet. The June 2020 security patch is also a part of the new update. Since this is a significant update, it will likely have a large file size, so we recommend using Wi-Fi to download the latest software build.

Stock apps such as Calculator, Calendar, Contacts, My Files, Reminders, Samsung Internet, and Samsung Keyboard have received new features and design with the Android 10 update on the Galaxy Tab S4. The SmartThings panel has been replaced with Media and Devices in the Quick Settings area. Improved Accessibility features include a better high-contrast keyboard, large text layouts, and the ability to listen to live speech.

If you’re a Galaxy Tab S4 LTE user in France, you might have received the notification for the Android 10 update by now. If you haven’t received it already, you can check for the update manually by navigating to Settings » Software Update and tapping Download and install. Alternatively, you can download the full firmware from our firmware section and flash it manually. 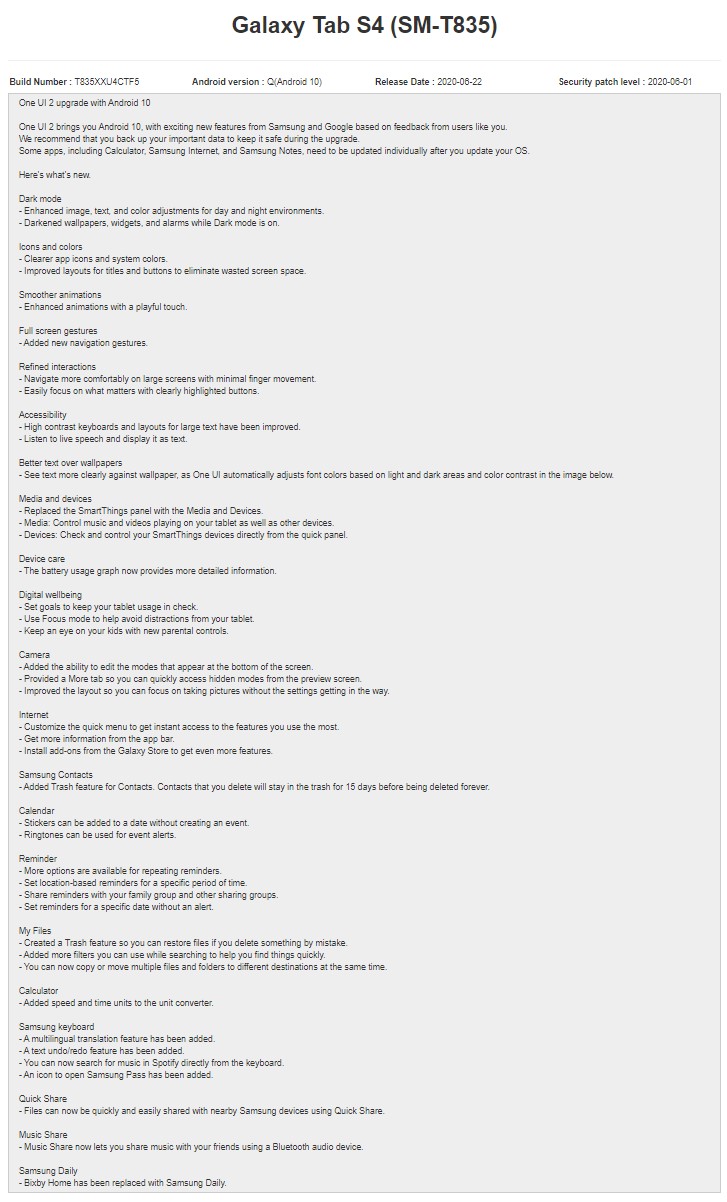