Samsung has released the April 2020 security patchfor another of its flagship smartphones. The Galaxy S9and Galaxy S9+ are receiving a new software update and are getting the latest security fixes in the package, along with a number of other enhancements. Before you ask, no, this isn’t an update to One UI 2.1, and last we checked, the latest version of One UI will not be arriving on the Galaxy S9 or the Galaxy Note 9.

More than just a security update

According to the changelog, the update enhances security for Samsung accounts, which we’re assuming is separate from the mandatory two-factor authentication the Korean giant introduced to its cloud service recently. The update also enhances compatibility of the S9 and S9+ with the Camera Controller app for the Galaxy Watch. The Camera Controller app lets you control the phone’s camera on compatible Galaxy smartwatches, and if you haven’t already been using it, you can download it here (open the link on your phone to be taken directly to the

MTB007
Active Level 4
In response to Hiteshpanwar
no, there is no update for indian varient yet.
2 Likes
Share
Reply
Reply
Loading...
Highlighted 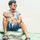