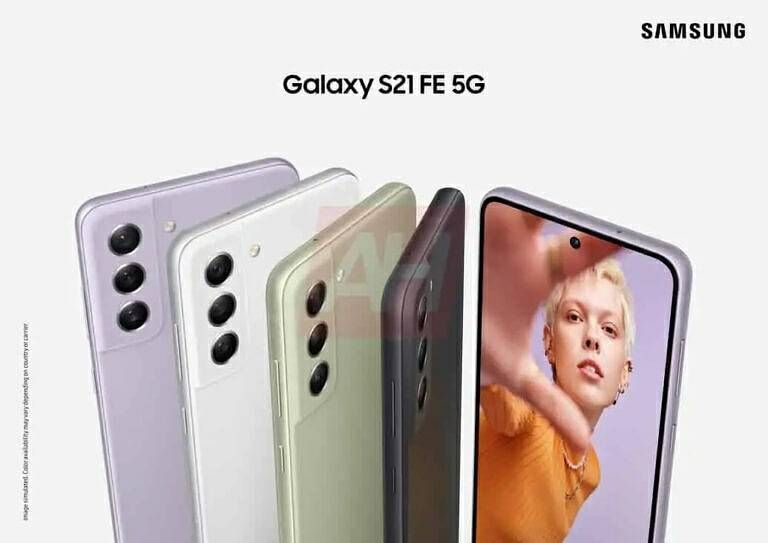 The new render comes courtesy of AndroidHeadlines and is our best look at the colors options for the upcoming Samsung Galaxy S21 FE. The phone bears a strong resemblance to the Samsung Galaxy S21 which is to be expected given that the S20 FE looked very similar to the regular S20 series as well. It’s likely that the Galaxy S21 FE will be positioned just like its predecessor was as a slightly cheaper flagship smartphone. From what we can see in the leaked render, the S21 FE has a triple camera array on the back and a single hole-punch selfie camera.

AndroidHeadlines also corroborates that the S21 FE is not canceled but will likely not launch until sometime around October. The ongoing chip shortage may be causing problems for Samsung, and it has been reported that the company may be switching some production to an Exynos chipset. According to a report out earlier today, Samsung initially planned to launch the Galaxy S21 FE in August this year. However, due to the global semiconductor shortage, the report says that the company has pushed the launch date to the fourth quarter. Samsung may also switch from using the Snapdragon 888 in the phone to an Exynos chip because Qualcomm is facing production setbacks.

Samsung Unpacked is coming soon (though we don’t know when exactly yet), and we’re almost certainly not going to be hearing about the Galaxy S21 FE at that event. In fact, by the sounds of things, we probably won’t be hearing anything about it for a few more months.