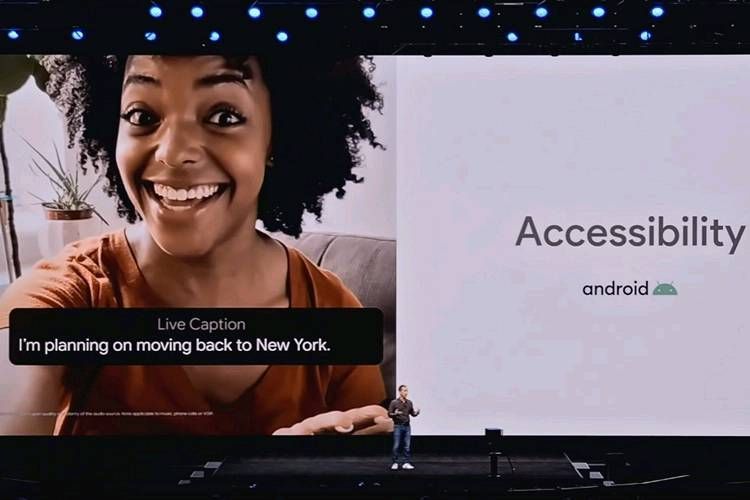 At its annual Galaxy Unpacked event, Samsung revealed its partnership with Google to bring the 'Live Captions' feature to the Samsung Galaxy S20 series. Notably, Google's SVP Hiroshi Lockheimer revealed that the Galaxy S20 series will be the first set of non-Pixel smartphones to gain support for Live Captions.

In case you're out of the loop, Google announced the Live Captions feature for Android 10 back at Google I/O 2019 last year. The feature transcribes the audio portion in videos, podcasts, social media content, and more to show you relevant subtitles. Live Captions are available system-wide and hence, you are not limited by the apps you use.

Google initially introduced Live Captions to the Pixel 4 and brought it to other Pixel devices later through its 'Pixel Feature Drop'. The software giant is finally expanding such a useful accessibility feature that will help differently-abled people use smartphones better.

Despite being touted as one of the major features of Android 10 on its official landing page, it is disappointing to see Google rolling out the feature in phases - bringing it to third-party phones at a time when we are looking forward to Android 11. Google, however, passes the blame to memory and storage limitations.

"It's not going to be on all devices. It's only going to be on some select, higher-end devices. This requires a lot of memory and space to run. In the beginning, it will be limited, but we'll roll it out over time," Brian Kemler, Android accessibility product manager told Venturebeat.

Now that Google has announced its partnership with Samsung, we can expect similar announcements in the upcoming device launches this year. Eventually, the feature is expected to be brought to all compatible handsets. So, stay tuned for more updates.