Here’s an odd one for the books: After releasing the stable Android 11 and One UI 3.0 update for Galaxy S10 owners on Android 10/One UI 2.5, Samsung has pushed out a new One UI 3.0 beta to those who were part of the beta program instead of providing them with the stable firmware as one would expect.

And the new beta update fixes a series of pretty serious issues, such as the fingerprint sensor not working properly and device resets when using streaming services. It makes us wonder if that stable firmware released recently is really as stable as it should be. Of course, it’s also possible that a different team is handling beta development, though it’s not something we have seen happen before with any previous beta programs.

Still, beta users should see the stable update arrive on their handsets sometime before the month is over, or at least that is what we hope. For now, if you’re running the beta version of One UI 3.0 on your Galaxy S10e, Galaxy S10, or Galaxy S10+, you should be able to download the new update (software version ZTLJ) from the phone’s Settings » Software update menu while keeping your fingers crossed that you won’t be running unfinished software for too long. 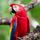