Samsung confirmed earlier this week that it would release the One UI 2.1 update for the Galaxy S10 and the Galaxy Note 10 in the United States starting April 3. This update has already been released for the Exynos-powered variants of the device.

The One UI 2.1 update brings some of the best Galaxy S20 features to last year’s flagships. Unlocked variants in the United States don’t really have a good track record of receiving updates on time. However, those who own one will be delighted to know that the US unlocked Galaxy S10 and Galaxy Note 10 have started receiving the One UI 2.1 update.

Multiple reports have come in from readers that they have received the One UI 2.1 update on their unlocked variants. Samsung is rolling out firmware version G97xU1UEU3DTC9 and N97xU1UEU3CTC9 for the unlocked Galaxy S10 and Galaxy Note 10 respectively. The update comes with the latest security patch for the month of April.

Samsung is bringing the best Galaxy S20 features to its earlier flagships through the One UI 2.1 update. The new features include Single Take, Pro mode for video, AR Zone, My Filters, the ability to record videos in FHD/UHD at 60fps with the front camera and more. Some very useful features like Quick Share and Music Share are part and parcel of this update as well.

Customers who own unlocked variants in the United States have long been irked by the delay in updates being released for their devices. They will be happy that this time around, Samsung isn’t making them wait until after all carrier variants have received the update. So as carriers in the United States gradually release the One UI 2.1 update for these devices, Samsung has already gone ahead and rolled out the update for the unlocked variants.

CrazyBoy28
★
😄Hope will Get It Mid April or May

MiraclePanda
Expert Level 1
the update is released in US for unlocked note 10 so will reach us within a week.
0 Likes
Share
Reply
Reply
Loading...
Highlighted 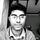 RashelAhmed
Active Level 5
Does we get this update in A series phones?
0 Likes
Share
Reply
Reply
Loading...
Highlighted