GALAXY S20 ULTRA AUTOFOCUS ISSUE MIGHT BE IMPOSSIBLE TO FIX, HERE’S WHY

Last month, the chaebol rolled out an OTA update to fix the autofocus issue for unlocked units in the US. Sadly, there is one particular issue that the company might not be able to fix it (AT ALL!). When talking images of close objects, the powerful Galaxy S20 Ultra can churn out blurry shots. This again happens due to the autofocus issue with the camera.

Source: PhoneArena
According to a recent post on Samsung Members Korea, a Samsung moderator talks about the ongoing problem in detail. The moderator even revealed that the issue might not get fixed via a firmware update. As per the post, the S20 Ultra comes with sensors with increased size, which results in shallow depth of field and longer focal length of 10cm or more. Due to this, the camera sometimes can fail to focus when the object is up close.

Since this issue is mainly due to the considerable focal length, a simple firmware update might not be able to fix the problem. With that said, the autofocus should not be an issue in general applications. The loss of focus, on the other hand, can still occur while photographing close-up objects. If this is the case, then the users of S20 Ultra will have to settle with this issue.

It is also worth noting that this information is coming from the Moderator of Samsung Members but not the chaebol itself. With that said, we should hear the official statement from the company as well in the coming weeks. 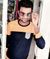