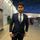 ZainBlackHawk
Active Level 6
Samsung will not release Android 10 One UI 2.0 for S9/S9+ this month as promised.
Instead they pushed the update to March 2020.
This is so pathetic on Samsung's part.
The update was already so late considering Android 10 has been officially released since September 2019.
Now Samsung will release Andoid 10 update for S9/S9+ in March and that too may change.
Google is about to launch android 11 on May 2020 but we can't even get android 10 here.
SAMSUNG IS REALLY DIGGING A GRAVE FOR ITSELF BY DELAYING THESE UPDATES.
I , personally, am considering to change my phone.
Very disappointed by Samsung!
Here is the new Schedule for Android 10 update. 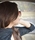 they are using your best lineup, give them the best experience.
0 Likes
Share
Reply
Reply
Loading...
Highlighted 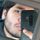 jawadniz
Beginner Level 2
that's for a specific country I think, it says for note 9 Feb, but already got it over a week ago... it's probably talking about complete rollout or something
but agreed in general, updates **bleep** from samsung
2 Likes
Share
Reply
Reply
Loading...