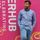 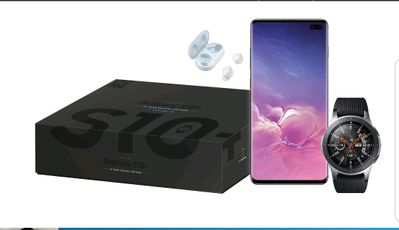 10 Year Galaxy Edition includes ceramic Galaxy S10+ with free Galaxy Buds and Galaxy Watch Customers in the Netherlands and Belgium are in for a special treat from Samsung. The company is offering a 10 Year Galaxy Edition combo deal, which includes a 12GB/1TB Galaxy S10+ with ceramic back, a 46mm Galaxy Watch, and a pair of the all new Galaxy Buds, for just €1599. Samsung launched the tenth edition of its Galaxy S flagship yesterday in San Francisco. Three different Galaxy S10 variants were announced. The Galaxy S10e comes in 6GB and 8GB RAM flavors, and offers 128GB and 256GB of storage space. The Galaxy S10 only has 8GB of RAM, but comes in 128GB and 512GB storage options. The S10+ has 8GB and 12GB RAM variants combined with 512GB and 1TB ROM, respectively. Check out our detailed spec comparison here. 10 Year Galaxy Edition combo Samsung is already running a promotional offer, which gives you a pair of the new Galaxy Buds for free if you pre-order a Galaxy S10 now. However, for customers in the Netherlands and Belgium, the company is also giving a 46mm Galaxy Watch with the highest end Galaxy S10+. The individual prices of the three devices sum well over €2000, but you get them for just €1599. The devices will come packed inside a special box. This, however, is a limited stock offer. We are told that only the first few thousand customers who pre-order the ceramic S10+ will get the special box. So, you better hurry up. Pre-order your ceramic Galaxy S10+ now, and get the new Galaxy Buds and a 46mm Galaxy Watch for free.
0 Likes
Share
Comment