Galaxy Note
I have note 9 exynos model. I recieved one ui 2.1 update yesterday. But i am afraid that will it damage my screen hardware? Should i upgrade it?
1)Samsung still failed to explain the cause of screen discoloration issue happen to many users.
2)Reviews saying march security patch update damaged hardware.
3)Guys,someone saying it is due to battery swollen issue and damaged screen.
4)Till now there is no single user reports solved issue by ota update.
5)someone reports issue solved by screen replacement by paying or by free.
6)The fact is it is happened both snapdragon and exynos variants.
7)someone saying issue starts before march update itself.
I AM VERY DISAPPOINTED NOW....SAMSUNG SHOULD EXPLAIN THIS SITUATION...
SHALL I UPGRADE NOW?
IF I GET THIS ISSUE THEN I WONT GO FOR SCREEN REPLACEMENT,JUST PUT THIS MOBILE IN DUSTBIN. THEN I GO FOR APPLE.
VERY CRITICAL TIME TO SAMSUNG.....
I DON'T WANT ANY SAMSUNG CARE TO REPLY ME THAT -WE ARE WORKING ON IT......-
REAL LIFE IS NOT YOUR COPY PASTE.
3 Likes
Share
Comment
20 Comments

Galaxy Note
Brother, are you having any issues right now?
0 Likes
Share
Reply

Galaxy Note
i dont have any issues right now. but in accordance to the user reviews screen discoloration can happen to me also. so i decided to not upgrade to one ui 2.1 update i just received now. i am waiting for the Samsung's explanation for this case and i will update only after i came to know that it is safe to my phone.
1 Like
Share
Reply

Galaxy Note
read my points i sort it out from different user reviews. just Google it and go through different reviews...then you realise why i am getting tensed
1 Like
Share
Reply

Galaxy Note
thanks for the reply friend. i am not stating one ui 2.1 ruins mobile. But march security update ruined many note 9 users and recently i came to know that. That is why i am asking this...anyway i contact care and they saying in uae there is no cases reported. so hoping screen discoloration issue happened in other regions.
1 Like
Share
Reply

Galaxy Note
Then proceed with confidence dear brother. I think no reports came from anywhere, for the UI 2.1.
Another fact is that, issues are also caused due to external causes. Millions of users may be there without having any issues.Usually nobody raise the hand to say that everything working fine. Only those having issues come out.
1 Like
Share
Reply

Galaxy Note
okay brother....i am going to upgrade to one ui 2.1. i will tell my experience one week leter
1 Like
Share
Reply 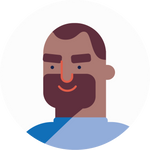 It occurs when I turn off and on the display within 5 secs. You can press the power button to turn off the screen and immediately press it to turn back on to check.
0 Likes
Share
Reply