What you need to know

Samsung was recently granted a patent for a Galaxy smartphone with ultra-curved edges by the U.S. Patent and Trademark Office. The sketches in the patent (via Patently Mobile) suggest that Samsung could be planning to equip an upcoming Galaxy flagship with a waterfall screen, similar to the one showcased by OPPO last year.
Unlike Samsung's current flagship phones, which have buttons protruding through the metal side edge, the patent shows a phone with the physical buttons poking out through the side glass edge. The patent description also mentions the presence of a hologram device, grip sensor, and a projector.

Since the Galaxy Fold 2 is unlikely to have a waterfall screen, it is possible that Samsung may use this design for the Galaxy Note 20. However, there is no evidence available yet to prove that the design described in the patent will actually be used for a phone this year, let alone the Note 20 series.

Currently, the only smartphones with a waterfall screen are the Huawei Mate 30 Pro. and Vivo NEX 3. Chinese smartphone maker OPPO is also working on a phone with such a screen. It was actually the first smartphone maker to showcase the display technology last year. 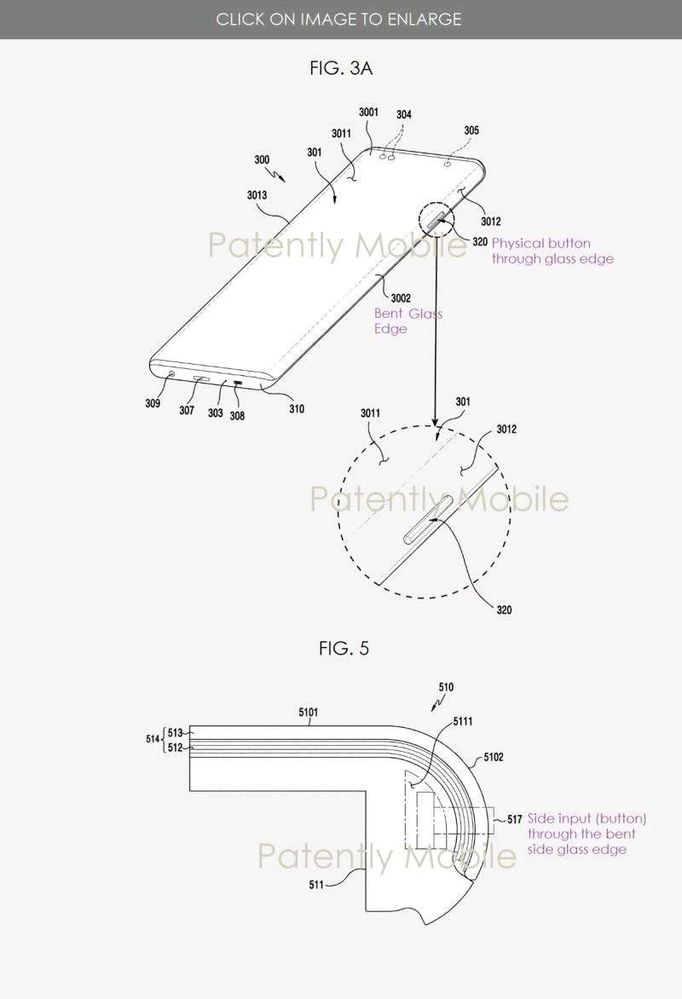 gameojas
Active Level 6
I hope note 11or 20.... comes with snapdragon and I won't mind not curved screen... as a artist and a gamer curved screen is no help in those areas..
0 Likes
Share
Reply
Reply
Loading...
Highlighted