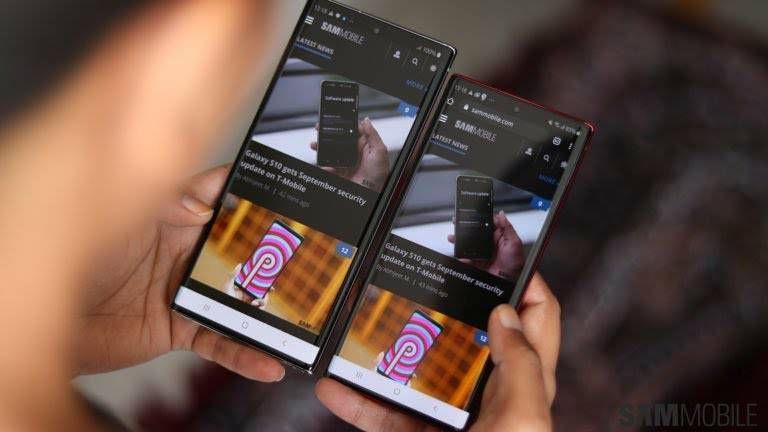 The leaks are picking up the pace as we approach Samsung’s August 5 Galaxy Unpacked event. The Galaxy Note 20 and Galaxy Note 20 Ultra will finally be unveiled but till that happens, the leaks are giving us a great idea of what to expect.

A new, albeit rather short, hands-on video of the Galaxy Note 20 Ultra has leaked online today. It highlights some of the new camera functionality that will be present on the upcoming flagship device.

Earlier reports had suggested that despite using a periscope camera system, the Galaxy Note 20 Ultra won’t offer the same 100x Space Zoom as the Galaxy S20 Ultra. Samsung is believed to have made meaningful improvements to the camera which would eliminate many of the pain points that afflicted the Galaxy S20 Ultra early on.

The maximum zoom level was reportedly being capped at 50x and that’s what this video shows. The Galaxy Note 20 Ultra will support 5x optical and up to 50x Space Zoom in 10x, 20x and 50x increments. Also highlighted in another recent report, the Pro video mode will give users the option to change resolution and will support video recording in an ultrawide 21:9 aspect ratio in up to 8K resolution.

A Histogram will also be available in Pro mode. It’s a tool that displays the tonal values of an image, allowing for a more precise image composition. The Pro video mode will allow users to choose between the front and rear microphones for audio recording, front and rear both or external microphones that are connected over Bluetooth or USB.

Scene describer is a new feature that Samsung has built for Bixby Vision. It’s going to be very useful for the visually impaired as they will be able to capture a scene with the device and have Bixby read out an audio description.

It appears that Android’s Nearby Share feature will come to Samsung devices with One UI 2.5, which is what the Galaxy Note 20 series will ship with out of the box. Nearby Share is Google’s very own AirDrop competitor. Samsung already brought a similar feature to its devices with One UI 2.1 called Quick Share. However, Quick Share only facilitates file and content transfers between Samsung devices. Nearby Sharing will work with any and all Android devices that support it.