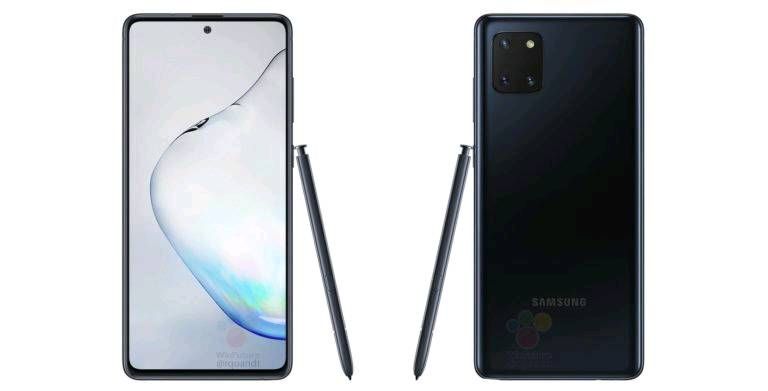 The full Galaxy Note 10 Lite spec sheet has been leaked by the folks over at WinFuture.de. The Galaxy Note 10 Lite is expected to be launched sometime in January alongside the Galaxy S10 Lite, and while details on the handset have been revealed in bits and pieces in the last couple of months, many of its specs have remained a mystery. That is no longer the case.

The Galaxy Note 10 Lite will have the same Infinity-O display as the standard Galaxy Note 10 with a screen size of 6.7 inches (2400×1080 pixels) and an ultrasonic fingerprint reader underneath. Samsung has used optical in-display fingerprint sensors for all of its non-flagship phones launched in 2019, but it looks like that will change next year. And it’s a welcome change, as the performance of the optical fingerprint sensors employed by Samsung is very mediocre.

The leaked spec sheet confirms that the Galaxy Note 10 Lite will be powered by the Exynos 9810 chipset, the one that powered the Galaxy S9 and Galaxy Note 9. It will be accompanied by 6GB of RAM and 128GB of expandable storage. On the back of the phone, there’s a triple camera setup compromised of a 12MP primary F1.7 camera, a 12MP ultra-wide F2.2 camera, and a 12MP F2.4 telephoto lens. For selfies, there’s a 32MP front-facing camera, housed in the centered display punch hole.