ImSRV
Expert Level 5
In a free time like this I decided to do several tests on my M30s after 7months.
Continue to my previous post...
https://r2.community.samsung.com/t5/Galaxy-M/fast-charging-in-m30s/td-p/4855220
Here is the battery backup I got with no power savings. In optimized mode.
Usage:  29hrs
SoT: 13hrs
Note: After 10 update battery usage in device care is not clear so I used Accubattery app for all my tests. 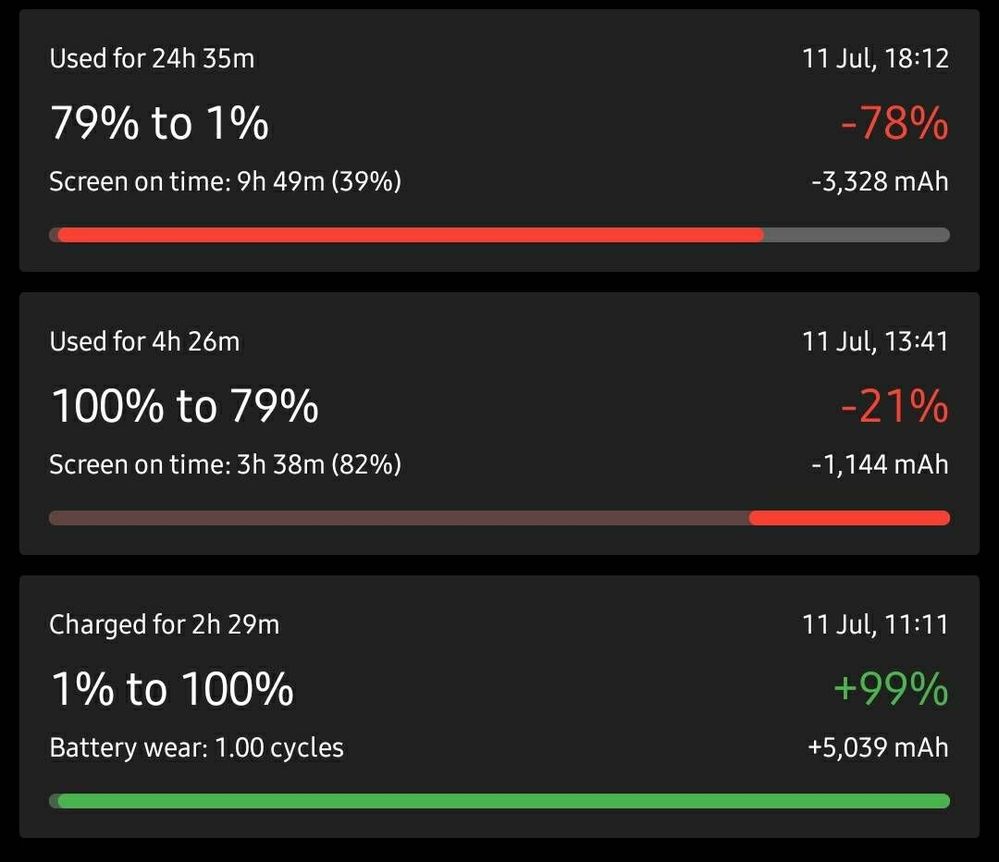 Also I seen a hidden setting of high refresh rate whether its really works or not, Idk. I enabled it throughout my test and didn't see any difference in display smoothness or battery backup. Here it is 👇👇

EdoMadara
Active Level 7
Not a surprise, I also found the high refresh rate setting in my m30s. you'll have to use an activity launcher app and find the high refresh rate activity under the settings page. I think its a remanant of the original firmware from where the firmware of m30s was deducted. Devs not always have a fresh new start while developing a firmware, but instead derive a lot of it from the existing devices, which, in this case, seems to be the S20 series, as they were the first to come with android10 and 120 hz. That being said, the setting has no use whatsoever, as obviously m30s' screen dosent support high refresh rate.
Also you can find the option called 'Customize your pixel' which is found in Google pixel devices.
A setting confirming the default NFC, which should be absent in m30s.
Even a Iris registration activity for biometrics, which obviously shouldn't work as m30s dosent have an iris scanner.
Screenshot_20200713-103801_Activity%20Launcher_1539.jpg ‏191 KB
Screenshot_20200713-103830_Activity%20Launcher_1541.jpg ‏186 KB
Screenshot_20200713-103906_Activity%20Launcher_1543.jpg ‏186 KB
0 Likes
Share
Reply
Reply
Loading...
Related Content